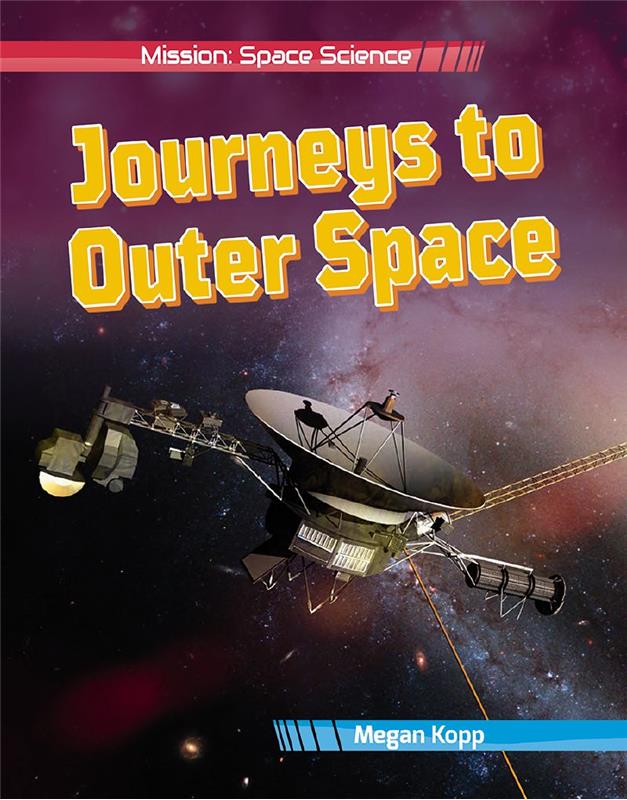 In May 2018, researchers at NASA’s Eagleworks advanced-propulsion lab tested technology they hope might one day take humans to Mars in just 70 days. The propulsion engine, which is known as EmDrive, generates thrust by bouncing microwaves, which are a form of electromagnetic energy, inside a cone-shaped chamber. It has the great advantage of needing no fuel.

However, the test was a disappointment. Although some thrust was produced, researchers realized it was not coming from the engine itself. It came instead from an outside source, such as Earth’s magnetic field. The researchers plan to build a shield to insulate the engine against the effects of magnetism so they can run the tests again.

Six titles comprise Crabtree’s new “Mission: Space Science” series which examines the solar system as well as some of the history and the future of space exploration. Detailed information, accompanied by photographs, artists’ renderings and diagrams, furthers readers’ understanding of the universe. Sidebars provide additional information, and “Your Mission” text boxes pose questions and scenarios for readers to ponder. At the back of the book is a “Planning Your Mission” activity for readers to try. This activity involves goal-setting, critical thinking, creativity and problem-solving. In most cases, the student has to decide on a research topic or type of mission, design an appropriate spacecraft, select the proper tools to take along, the methods of recording data, and finally, collaborate with others to brainstorm for ways in which to improve the mission. Though the vocabulary used in the text is not difficult, many of the concepts presented in the series are quite complex, and so the books might appeal only to space buffs. Occasionally, the information is repeated throughout the various titles, and some of it is available in other series by the same publisher. A table of contents, a glossary, an index and a list of books and web sites are also provided.

Once again, the history and future of space travel and exploration is discussed in Journeys to Outer Space. Telescopes, robots, as well as probes- orbiters, flybys, landers and rovers- have revealed a great deal of information about what exists in outer space. (Some of this information is repeated in other titles in the series.) The various types of black holes, dark matter, Artificial Intelligence, past and future NASA missions, and the effects of space travel on astronauts are also highlighted in this title. It is interesting to note that every 10 years the U.S. National Academy of Sciences publishes a Decadal Survey of astronomy and astrophysics. The Astro2020 Decadal Survey is due to be published next year. Since the last survey in 2010, much has changed: among other discoveries, more than 3.400 exoplanets have been found, black holes are known to be present at the centre of most galaxies, and the universe is expanding.

Generally, “Mission: Space Science” is a good series, but some of the titles will have a limited audience.