The Moon Watched It All 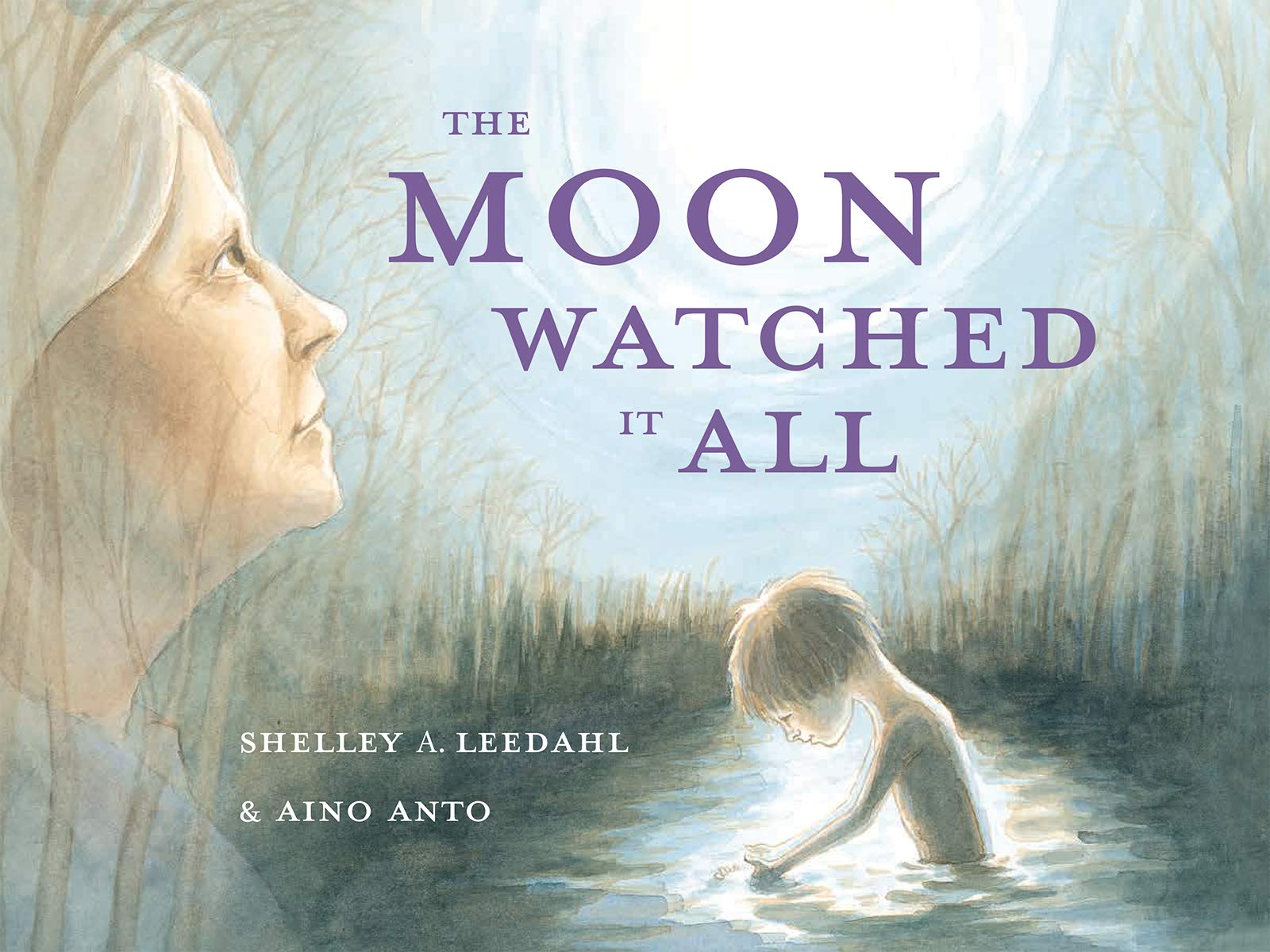 The Moon Watched It All

At dawn the sun jewelled tree and rooftops alike. Mirada stepped into the light and gathered brown eggs and vegetables, and the apples that hung gold as treasure-coins. She made a bucket with her apron, and when the weight of the harvest felt right, she climbed her stairs and took her bones to bed, remembering other apples, other mornings and seasons, and also, what could have been voices.

The Moon Watched It All is quite beautiful. It is a simple story of love and loneliness. An old woman lives her life mostly at night and mostly in solitude but for the moon to whom she talks. A young boy is ostracized and shunned by his village, with no home or family to speak of. When the old woman and the young boy meet, they seem to recognize the loneliness in each other, eventually becoming family. While a simple premise, it is told elegantly. The Moon Watched It All is a relatively lengthy picture book, and the writing would easily lend itself to bedtime readings.

One issue I have with this book is that, while the writing is beautiful, I find myself wondering who it is for. This is the type of story that would be read to a child, and not one you would expect a child to read her/himself. Still, though, some of the vocabulary and phrasing would likely have to be explained to children. Incorporating novel or rare words is excellent in picture books, but sentences should still be easy to parse. One example reads: “She praised it, like she once prized her children, in a time before a time that was then.” While the wording sounds beautiful, this sentence would likely take some breaking down for a child to make sense of it. Likewise, sometimes the vocabulary and imagery are so densely populated with rare words, combined with complex sentences, that I do wonder if children would understand a sentence like: “Beneath quarter moons, the halves, and the barely-theres. The moon-pies without a single slice missing. Through rainstorms, and wind whorls, dry summer-bakes, and the long white sleds of January”. Some of the imagery and concepts, especially pertaining to the moon, are a little abstract as well. That said, for an older child, much of the vocabulary would be accessible, and, as a bedtime story, perhaps a child on the edge of sleep would be okay with missing a few words here and there.

The illustrations appear to be rendered completely in watercolour. Though not lacking colour, the tones are muted, giving the images a soft dreamy quality. Generally speaking, they are excellent though there are one or two images where the proportions or perspective of the young boy seem to be a little off, one of which being, unfortunately, on the cover. The rest of the cover is gorgeous as are the illustrations inside. There is one particularly striking two-page spread that features a pair of closed eyes and images of the woman in her rocking chair in the various phases of the moon. It maintains that dream-like quality while highlighting the moon, the main character, and illustrating the passage of time in such a beautiful and effective way. Anto’s use of light throughout, but especially when depicting the moon, is particularly striking.

The Moon Watched It All could be used as a conversation-starter when talking about chosen families, adoption, or loneliness and social isolation. It is a book that I would not consider as a first purchase for libraries, but it would make a good addition for larger systems or libraries looking to grow their collection of picture books aimed at older readers.

Alex Matheson is a children’s librarian in Vancouver, British Columbia.