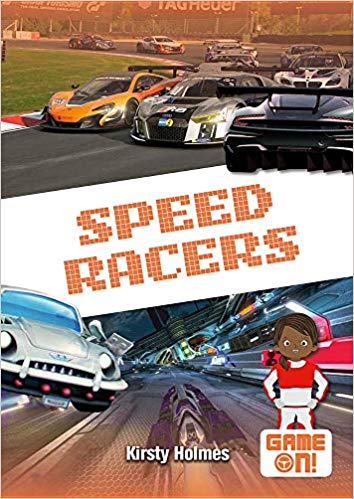 It’s not just the cars that get a lot of attention. Game studios go to great lengths to improve the quality of the racetracks featured in games such as Forza and Gran Turismo. In the past, tracks were designed based on photographs of real tracks. Today, developers use the latest technology to map out tracks and include every detail of the real track so that players feel as if they are really driving on world-famous tracks. (p. 24)

Since the racing games genre is simpler in scope, Speed Racers has a lot less to cover in terms of content. It mentions the biggest franchises in racing games and covers everything from racing simulators to arcade racers to animated kart racing. Most of the technical aspects of racing games are mentioned in some form in this book. There are more genres in racing games to write about; however, in this context, the book captures the spirit of the genre better than in any other books in the series. Finally, in the “Pro Talk” section in this book, the interview is with another journalist working in racing gaming.