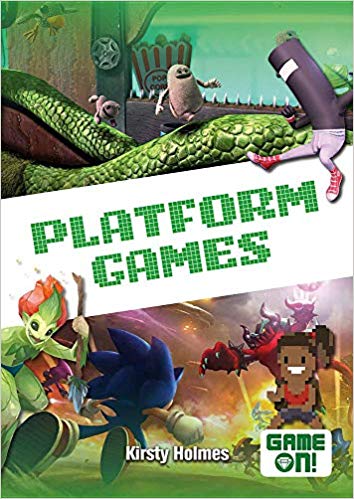 Better technology in consoles led to more difficult games. Sonic the Hedgehog was released in 1991 by Sega, rocketing platformers into the 1990s with breakneck speed. Games such as Prince of Persia pushed the limits of animation and appealed to older players too. (p. 14)

Platform Games highlights the flagship properties from each major console. It lists some of the skills required to play as well as how the history of the genre pushed video games through the past 30 years. The quick history of platformers shows how important platformers have been to the industry as a whole. There is no “Pro Talk” section in this book, but it does include a sparsely generated list of some the jobs associated with the gaming industry.