The Extraordinary eTab of Julian Newcomber 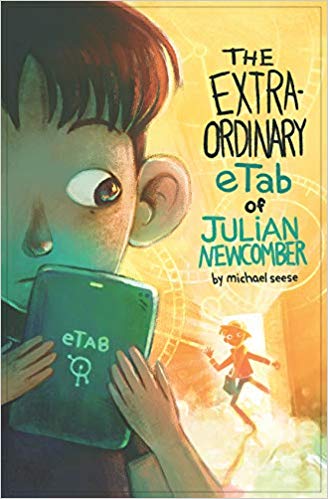 The Extraordinary eTab of Julian Newcomber

The successfully tested hypothesis from last night’s library experiment proved Julian could manually change the eTab clock, with the result being the six-minute jump would skip ahead based on the contrived time, as opposed to the actual time.

But what if he changed the calendar? Could he travel forward a day? Days? Weeks?

“How much worse could it be?” he asked, his less-than-mature brain not yet able to think through all the ramifications that would challenge, if not outright confound, even a more mature mind.

He thought long and hard about when he would want to travel ahead to.

His high school graduation, which would save him a lot of work.

Ultimately, he decided the safest choice would be a trip to the near-future. Tomorrow. Tomorrow early like 12:01 a.m.. Worst case, Julian figured he would just be tired the next day, since he would miss a little sleep by discarding the two hours between 10:00 and 12:00. Though in light of the fact that yesterday he jumped to his seat at the kitchen table, he considered it a very real possibility he would find himself in bed, awake. Or perhaps asleep. In his pajamas. Or his clothes.

He began to superficially understand why time travel was confusing.

A quick and enjoyable middle-school read, The Extraordinary eTab of Julian Newcomber is reminiscent of some of the great adventure movies of the 1980’s. Honouring films such as i>Back to the Future and The Goonies, the novel offers some familiar plot points focusing on an adolescent male protagonist with a wry sense of humour and a penchant for hijinks as a means to escape an often drab and dreary daily life.

Julian Newcombe believes he’s finally escaped his inventor father’s contraption calamities … that is until a 20-year-old vaguely familiar man walks out of his bedroom closest claiming to be a future Julian. Turns out their father’s latest gadget, the eTab, alters time. When future Julian travelled into the past, he dropped his cell phone on a Civil War battlefield and now needs young Julian’s help to retrieve it before his own e-Tab runs out of battery power.

It’s clear author Michael Seese has a true love for language and a deep-seated desire for young readers to enjoy encountering new or unknown words. Offering simpler synonyms for more complex scientific vocabulary during character dialogue, the author relies on the repeated use of the phrase “what the smart folks call ________”. Although there is certainly an element of word nerd charm invoked, some middle school readers may find this tactic overplayed and distracting from the novel’s plot.

Nonetheless, there’s a real vibrancy to The Extraordinary eTab of Julian Newcomber that radiates most effectively from the exuberant nature of Julian’s parents and the chaotic conventions that litter their household. These descriptions of the current Newcombe homestead and the brief glimpses of the creative yet chaotic family Julian loves and lives with are certain to grab readers ‘attention. At times, the story becomes dialogue heavy distracting from the fine job author Michael Seese does of detailing the wacky inventions strewn inside Julian’s home, inventions such as the “Expand-O-House” and titular “eTab”. As such, readers are likely to be left wanting more of Mr. Newcombe’s inventions and less of the lengthy and sometimes redundant passages of dialogue. However, educators, librarians, and parents alike would be smart to use this novel as a jumpstart to “Maker Space” labs and lessons and to inspire young readers to create their own goofy household gadgets.