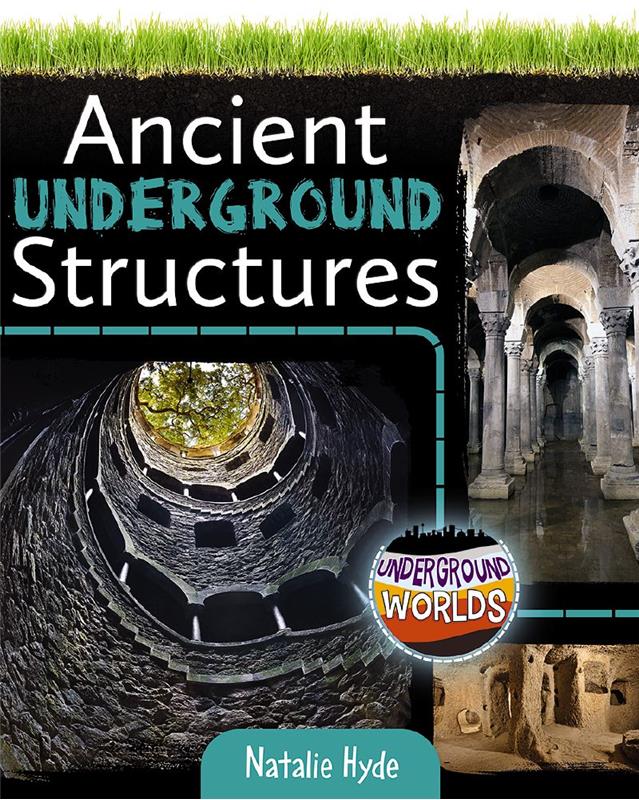 Life Underground
Underground Derinkuyu was discovered in 1963, when a man knocked down a wall in his house and found a room underneath. Scientists believe the underground complex is about 3,600 years old. The network of rooms and tunnels includes shops, temples, storerooms, and living quarters. There were even pens for farm animals. Around 15,000 airshafts delivered fresh air to this underground space.”

Like other books in the “Underground Worlds” series, Ancient Underground Structures presents interesting content using many excellent photos and graphic illustrations supported by sparse text. Each topic includes a “DID YOU KNOW” circle text box with additional attention-grabbing information. For example, “Legend has it that Robin Hood even used these tunnels to get in and out of Nottingham Castle!”

One of my favourite features of the layout of the books in the “Underground Worlds” series is the grass growing at the top of many pages. It is a nice reminder that the information in the books in this series is all ‘underground’.

The series follows the standard nonfiction format, including a table of contents, glossary, index, and a short list of books and websites with further information on the topics.

Although the books are only 32 pages long and the text content is limited, the format is sure to catch the interest of many students and may entice some to dig further into some of the engaging topics. (Pun intended.)