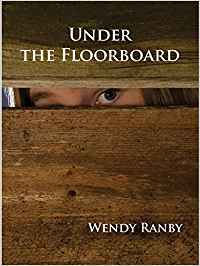 “How was I?” she asked. She seemed astonished that I would wonder.

“Yes, how were you? Were you the same with me as you were with Claire and Katrina?”

I asked this question because I thought my mother could handle it now. We were all talking more openly these days. Mom had a wonderful therapist was helping her” come out of herself,” as she put it.

I looked at her, perplexed and frustrated. Why couldn’t she just answer the question? I had asked it calmly enough. I didn’t want crying or a shouting match. Just a simple conversation about something that happened long ago.

“Mom, I also found this,” I said, pulling out the blanket I had hidden in a shopping bag behind the deck chair.

“She kept this?” Mom said immediately, “Oh my.”

“Why did you give it to Aunt Bea anyways? This was my baby blanket, right?”

“Yes Aileen. This was yours, when you were first born.”

“I thought so,” I said quietly.

It was the first time I had ever seen my mother cry over something that had to do with me, and I was touched and humbled. She grabbed my hand and held it tightly. My heart started racing, and I realized I was afraid of finding out what it happened all those years ago. What if she had been cruel or neglectful? I tried to prepare myself for what she was going to tell me. I was afraid my nightmares were real.

Aileen is 15 when this novel begins, a bright, thoughtful and chubby teen who has trouble getting along with her mom and comfort eats to forget about her worries. The story is set in the late 1970s and early 1980s as Aileen tries to deal with growing up with her parents and older brother. She’s finding life a struggle, and a bright spot for her is her affectionate and bohemian Aunt Bea. It is at Aunt Bea’s house that she allows herself time to reflect and where she keeps a journal hidden in the attic. While hiding it in her regular spot under an attic floorboard, she discovers another hiding spot, one full of papers which she brings home with her but does not immediately read. Aileen’s parents announce that a new baby is on the way, and the kids are excited. Aileen works up the courage to read some of the papers she has found hidden under the floorboard and discovers, to her surprise, that she wrote them herself. They describe, among other things, the brief life and death of a baby sister, memories she has repressed. In fact, no one in the family will talk about baby Claire and the terrible depression Aileen’s mother, Gloria, suffered after giving birth. Aileen is too traumatized to process much of this information, but as more memories return, she begins to believe that her mother may have actually killed Claire. As her mother’s illness becomes worse and Aileen fears for her new baby sister Katrina, she must discover the truth.

As a depiction of the often-fractious nature of the mother-daughter bond, Under the Floorboards is superb. Few novels have captured the ways in which teens find parents to be, at best, annoying and clued out, and, at worst, hyper-critical and neglectful. Ranby does an excellent job of conjuring up little interactions and comments which Gloria, Aileen’s mother, would barely notice but which would haunt Aileen for weeks or months. She feels that her mother is always trying to ‘fix’ her, giving her advice on how to take care of her skin, hair and weight. Gloria has no idea how this advice impacts her daughter and can’t remember the awkwardness of being a young woman trying to figure out a place in the world. Gloria is thin and beautiful, beloved by her husband, and Aileen, who feels fat and slovenly by comparison, is casually insulted for her appearance by kids at school. It is no wonder she resents her mother.

What begins as an exploration of mother-daughter tensions quickly ramps up to a story about the devastating effects of postpartum depression and mental illness. It is a brave depiction of the horrors of mental illness and the deep effects of depression on whole families. Aileen is so worried and neglected that her grades take a nose dive, and she can barely hold her life together. Her brother Scott, who had been so well-adjusted, starts taking drugs and loses his hopes of playing college basketball. Her father becomes a husk of himself. And through it, the family does not talk, not knowing how to approach the issue in a beneficial way. It is a dramatic story, but Ranby does not exaggerate for the sake of a compelling narrative. The escalation of the depression and craziness after the birth of baby sister Katrina is very realistically portrayed. The pacing does drag a little in this section, half to three-quarters of the way through the novel, as there are a number of chapters where nothing new is revealed and characters do not develop.

Under the Floorboards does not hold back on the deep traumatic effect of silence and repression when it comes to family tragedy and feelings of shame. One does wonder why a woman who has suffered from incapacitating postpartum depression which, while not well-understood, was diagnosed at the time, would have four children. And in fact, Aileen discovers that her mother also suffered from postpartum depression after her own birth, and that she had been raised by her aunt for several years, a time she does not remember. These findings are deeply traumatic and call all of her memories into question. This story arc also interrogates the question of trust within families, how parents decide when actions are in the best interests of a child, and who gets to decide.

For the most part, the period setting works. It is not clear exactly when the book is set until we are deep into the story. At the opening of the book, it is apparent through absent technologies that we are not living in the last twenty years. It was only when Aileen mentions that her Aunt Bea’s deceased husband made his money in the 1960s that I was able to start creating a timeline. It is important because the book does have, at times, a slightly stilted or formal style (especially in dialogue), which is true to the style of many young adult books of the 1970s. Very much absent is the sassy dialogue and swift pacing of today’s teen novels. While that can make the book slow going at times, it is not at all a criticism. It was actually refreshing to be transported to a world where kids were treated quite differently and were surrounded by much different expectations, and where more respect for parental authority was taken for granted. It was also much more common to keep secrets from children, the heart of this story.

A wonderful aspect of the story is the very realistic relationship between Aileen and her best friend, Jenny. As the book covers a long period of time (over a year), their relationships goes through various ups and downs. Jenny is more comfortable in her skin and has several boyfriends while Aileen can’t imagine anyone wanting to date her. Jenny also has a fractious relationship with her mother, although in a different way, so the two teens can commiserate. Jenny is very supportive and non-judgmental, but sometimes she loses patience with Aileen. Though they go through rocky times, their relationship is not over-dramatized, and the bond remains strong. This complex friendship, sometimes threatened but usually unquestionably supportive, is very true to life.

A fair amount of the novel, especially in the second half, is told through journal entries, both Aileen’s and her mother’s. Aileen finds the journals her mother has kept throughout her life and reads about her own difficulties as a teen, dealing with a father who is clinically depressed and an alcoholic. She also discovers that her grandparents died under mysterious circumstances, possibly murder/suicide, and starts to understand the immense pain her mother has dealt with her whole life. Including so much journal content is risky, and it is only partially successful. However, I can imagine that Ranby did not feel that she could incorporate any of this exposition into the text in another fashion as Gloria would be unlikely to share these stories, especially while suffering from depression. It is a challenge to reveal all of this information, and the methods used are generally effective. It is also a challenge to create a persona and voice for young Gloria, writing in the 1950s, and this is very believably executed.

Occasionally the perspective of an adult Aileen, looking back on these experiences, is interjected into the text. This happened infrequently and was never essential to the plot. This is the one awkwardness of structure that probably should have been removed. My only other criticism is the title, which is unnecessarily ominous and was suggestive of a hidden body or child abuse. The story, while dealing with some dark issues, does not delve into anything so macabre. I hope the title does not keep anyone from reading this complex and intriguing character study of a teen girl’s struggle to deal openly with the legacy of depression in her family.