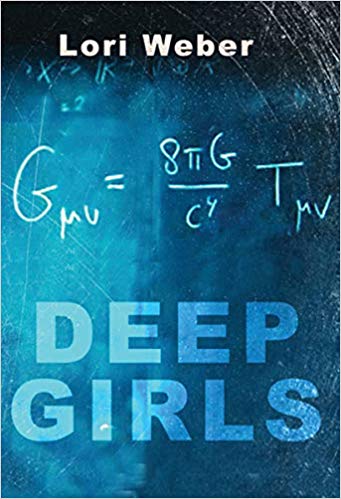 The girl with the purple pants turns her head toward me. Even though the street is dark, her eyes hit mine dead on. She shoots me a long, piercing look. It’s a look that tells me not just that she’s sensed my presence, but that she’s seen me watching her all these weeks. She’s seen me sitting on the school stairs, following her wonderful freedom and lightness, her gazelle-like run and ballerina turns .And she has seen the envy in my eyes. Now, she’s inviting me to see her again, to see her for real for the first time.

As her eyes hold mine on the near dark street I think that this is the clearest moment of communication I’ve ever experienced in my life. There’s not a single drop of static on the line between us.

Next week, In English class, I receive a note from the counselor ordering me to see her immediately. I don’t go to her office reluctantly. I don’t have any master plan. I’ll tell her whatever she wants to know. I’ll tell her my sister is moving back home and I’m scared because I don’t know what this means. There may be more fighting, more late-night shouting, more crying. All the way down the hall, I carry in my mind the picture of the new girl walking off on the dark street, her legs heavy as lead. Walking off to wherever. She never returned to school. Now I know she wouldn’t have had time to buy the school uniform anyway. Her purple pants were her uniform. (From “The Girl in the Purple Pants”)

Deep Girls is a collection of nine short stories, each one independent and featuring its own unique cast of characters. The first story, from which the work gets its title, is a glimpse into the life of Lizzie and her boyfriend Joe. Unlike her cosmetologist mother and her controlling boyfriend, Lizzie is a bookworm, a deep girl. On the occasion of a dinner out to meet Joe’s family for the first time, Lizzie struggles with her mother’s criticisms and attempts by both Joe and her mother to get Lizzie to “put in a bit more effort” with her appearance. Lizzie is hesitant to break up with Joe as both of her parents are enamored with him, and she struggles to stay true to herself amidst the pressure to change. Ultimately, though, Lizzie emerges triumphant.

“The Girl in the Purple Pants” is the emotional tale of Steph, a conflicted student whose essay on her wish for the future describes a desire for a pill that will make her disappear. Steph’s sister is violent, she routinely hurts her mother, and although she was moved to a group home, the family is visited by a social worker looking to transition the sister back home. Steph no longer loves her sister, and she obsesses daily about the carefree new girl at her school who wears purple pants and spins wild and free at recess. A chance encounter on the street one night, when Steph sees the new girl’s father being arrested as her family cowers in fear, enlightens Steph to the fact that they have a connection. The new girl also comes from a troubled home, and her lilac pants are the result of never being in one place long enough to buy a school uniform.

“Captivity” gives a glimpse into the life of Miranda, a high school dropout who fell in love on a spring break trip to Florida and never went home. Miranda struggles with the realization that her new life with her boyfriend isn’t quite what she had expected when she ran away from home.

“Out of the Woods” delves into mental health issues and mother daughter relationships as Kathy takes her mother to visit her grandmother who is recovering from breast cancer surgery. Kathy’s mom suffers from agoraphobia, and Kathy becomes the parent having to accompany her mom when she dares to leave her home. While visiting her grandmother, Kathy is witness to her mother’s complicated relationship with her grandmother and uncle and the cruelty inflicted on her sensitive mother.

In “Ice”, Cal lives alone with her distant father, their small family changed forever by the death of her mom and brother in a car accident. Cal spends most of her time with her best friend Nikki and is trying to come to terms with the aloof persona she projects to protect her fragile mental health. In an effort to change her image, Cal pursues Tim, a boy who used to have a crush on Cal until she retreated into herself. “Ice” culminates with Cal’s reliving what her mother and brother must have endured in their final moments as she finds herself riding along as Tim drives drunk.

Jody hasn’t seen much of her cousin, the subject of “My Cousin Jack”, since she started dating her new boyfriend Dutchie. While she and Jack were once very close, Jody struggles with her new relationship with Dutchie and his unusual attachment to material possessions. When Jack suffers extreme injuries from a homophobic attack and is hospitalized, Jody is left feeling guilty for her distance and ultimately attempts to right her world by making amends at Jack’s welcome home party.

In “Pink Lady”, Amanda is on a trip to New York City with her father and her German cousin Franz following the separation of her parents. Eager to explore the freedom of the big city she ends up drinking in a bar after hours with her father, ordering drinks that she has only heard of in movies. When Amanda is propositioned by the much older tour bus driver from earlier in the day, she finds that there is no one to rescue her as her father is also exploring his new found freedom with the bar’s musical talent.

Ruth is the “Smart Aleck” in the aptly titled short story, frustrated with her simple unassuming mother and generally mad at the world. Ruth has no patience for her mother’s obsession with the squirrels inhabiting their deck, and she does not hide her contempt for her mother’s simple pleasures. But when Mom rescues a squirrel that has been attacked by a cat, and Ruth envisions their gossipy neighbor Rachel calling her mother “crazy”, the smart aleck has a sudden change of heart.

“Relativity”, the final story, captures a pivotal time in the life of Alberta, a 15-year-old girl so named because her scientist father wanted a boy to name Albert in honour of Albert Einstein. When the free spirited Dwight family moves in across the street, Alberta develops a crush on the handsome father and begins working for them as a nanny and general helper. Alberta soon wishes she were part of the attractive young family and not stuck with her boring traditional parents. When Mrs. Dwight collapses and is rushed to hospital, Alberta becomes privy to Mr. Dwight’s secret fish breeding hobby and imagines taking this wife’s place and moving in with her crush. Everything changes though when Alberta discovers that Mrs. Dwight is pregnant, her own aging parents are trying to have a child, and maybe her home life isn’t so bad after all. It’s all relative.

Lori Weber has crafted nine fast-paced fully developed short stories that accurately reflect the issues and emotions of a teenage girl in modern society. The language, imagery, issues and characters are current, powerful and relatable. Deep Girls is a quick read, with each story less than 30 pages long, allowing for ease of use in lesson planning in a school setting. A useful teacher’s guide (paired with the Ontario curriculum in the areas of healthy living, social sciences, English and physical education for grades 9-11) can be found on the publisher’s website and is a valuable tool for using Deep Girls in the classroom. Weber accurately and honestly captures snapshots of moments in teen girls’ lives, delving into their complex mental health and familial issues, their thoughts and decisions, but most importantly her lens is a sensitive one. Readers and educators looking for poignant and topical stories featuring strong female characters will not be disappointed.

Cate Carlyle is an author and former elementary teacher currently residing in Halifax, Nova Scotia, where she is a librarian at Mount Saint Vincent University.