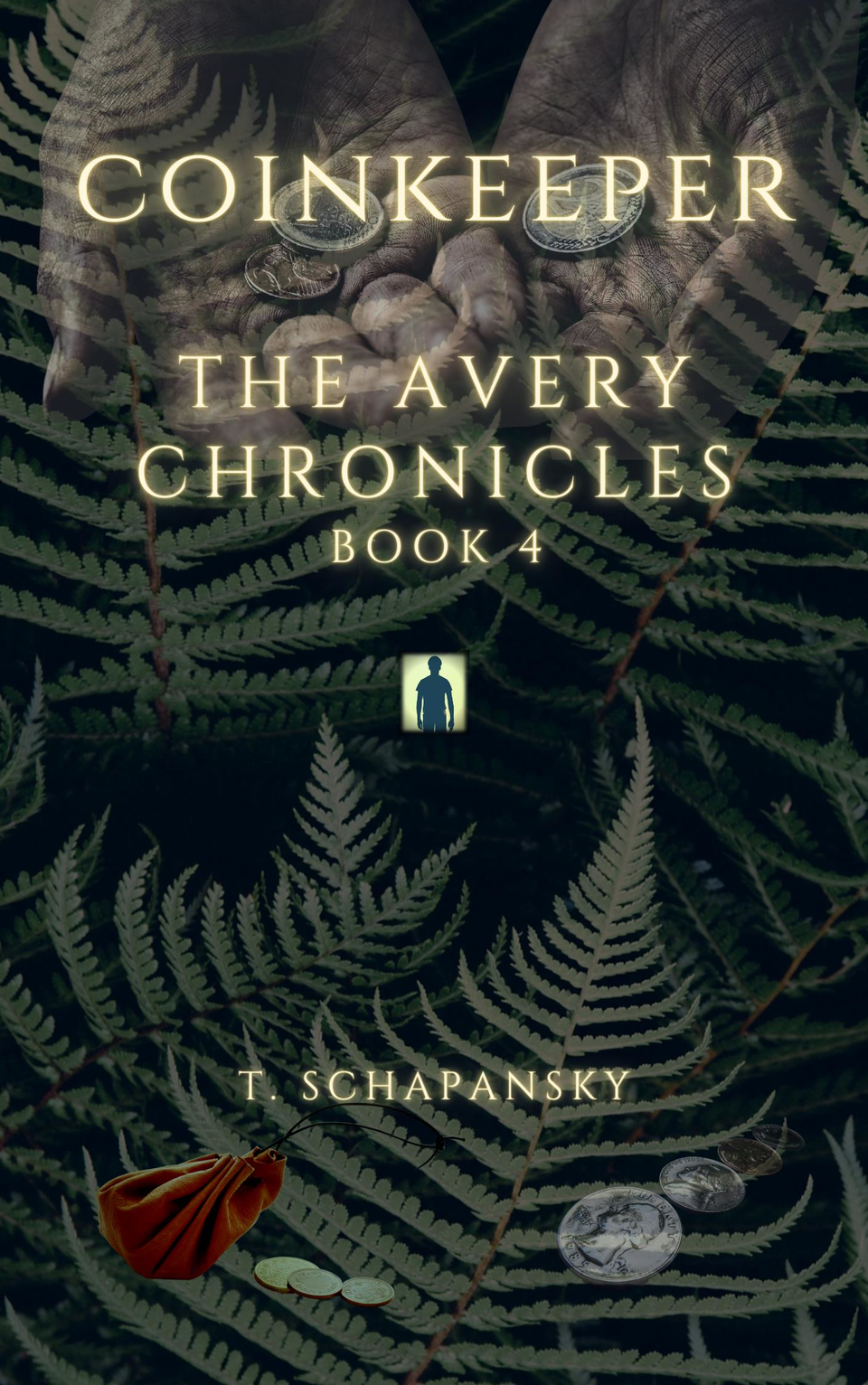 Wait. That Billy the Kid? He couldn’t be for real.

“Grandpa, I’ve seen the movies. Do you mean That Billy the Kid?

“Avery. Look me in the eye. Have I ever lied to you?” I really couldn’t think of a time when he had, so I shook my head.

“Why do you think I’ve told you my stories and shared my secrets?”

“To prepare me, Grandpa?” I stammered.

“Okay, Avery. We all need to believe someone, boy. I am that person for you. Now, off you go home.”

It was like he’d said, talk to the hand. He had never been so abrupt.

“It’s okay, Avery. Just remember the stories I’ve told you and the lessons they carry.

I might be away for a while. Don’t look for my light, it won’t be turning on for a spell. I’ll be back in time for potato planting.”

Book 4 (See “Excerpt) begins seconds after Grandpa had revealed the Kid’s real identity at the conclusion of Book 3, and this book also links back to Book 1and the day that Avery’s grandfather paid off the mortgage on the family home and gave Avery’s mother “so much money that she would never ever have to worry.” With her newfound wealth, Avery’s mother starts to act and dress differently, and she tells him that she’s going to hire a nanny “who can look after the little ones so you [Avery] can focus on and improve your schooling.” Sounding somewhat like Cinderella’s stepmother, Avery’s mother also announces her plans for his two sisters. “Things are going to be changing around here. I’m marrying off those older sisters of yours, as soon as I find practical suitors.”

When a week passes without Avery’s seeing a light shining in his grandfather’s shed after dark, he slips out one night, flashlight in hand, and enters the shed which he finds unlocked. Avery sees the bag of coins, with a note attached, on Grandpa’s bed. As the note only bears his name, Avery concludes that his grandfather is signaling that he is now the Coinkeeper, and Avery impetuously reaches into the bag and grabs a coin, an action which immediately finds him shirtless, barefoot, and wearing only “ratty old shorts” in the middle of a mosquito-infested jungle.

There, Avery encounters a “girl” called Teapot. “Teapot was the size of a very small child, not even half as tall as me, But, there was something that told me, she was not a child.” When Avery gets a closer look at this being, he sees that she only has one ear, a long bony tail, and her bare feet “were oddly upside down.” Teapot explains that she is one of the Chaneque whose responsibility it is to take care of the world:

As you can see, we are not human. Some call us spirits, some say we are creatures, and some call us entities.

There are two kinds of Chaneque; one is good and one is evil. You are very lucky that I found you first. I am a good Chaneque.

If, while watching you I saw that you caused damage or showed any disrespect to our home, I would have carried on my way and left you to the clutches of the evil Chaneque.

When Avery asks what would have happened had an evil Chaneque found him, Teapot responds that he would have lost his mind, had his soul eaten and “died a very slow and painful death.”

In addition to tending to Avery’s mosquito bites, Teapot tells him that he is not “the first visitor of your kind”, and that “Your grandpa is my very good friend, Avery, and I have been expecting you.” She also says that Avery’s grandfather is waiting for them, and that they are in the Maya Forest in Mexico. She asks to see the coin and volunteers to hold it for him, but Avery recalls his grandfather’s admonition from Book 1 that “you must keep that coin right with you, until you’re ready to come back home”, and he drops it back into the pouch.

En route to where Grandpa supposedly is, Teapot says that she wants to make a stop to introduce Avery to one of her friends which, to Avery’s fearful shock and surprise, turns out to be a jaguar called Jags. The trio travel on until they encounter “twenty or more Chaneque Sitting in a circle” but no Grandpa in sight. And there Book 4 ends with its usual closing phrase, “To be continued....” and readers being left to ponder the meaning of the page’s last paragraph:

I shuddered as I looked over at Teapot. I was no expert, but her smile looked a little different now. My heart sank as I easily recognized her expression. Smug.

And where else had Avery encountered a smug smile?

The “Extra Reading” portion this time includes a couple of pages on “The Maya Forest” plus three pages related to the book’s ancient coin (accompanied by head and tails photos). What could have been included is more information about the Chaneque and their role in Mexican folklore.

Unlike the three previous titles in “The Avery Chronicles”, this one ends with a cliffhanger, leaving readers wondering if Avery is actually in danger. Also dissimilar from the first three books is that Book 4 actually has a discernible plot, one that engages readers. The earlier titles lacked any real tension as Grandpa was just relating an event that had already occurred, and, consequently, readers knew that he had survived. In Book 4, readers are actively present with Avery as he encounters each new situation. A point of departure for Book 4 from the other books is that Grandpa had interacted with humans whereas this title, by having Avery encounter a mythic creature, moves more deeply into the fantasy realm.