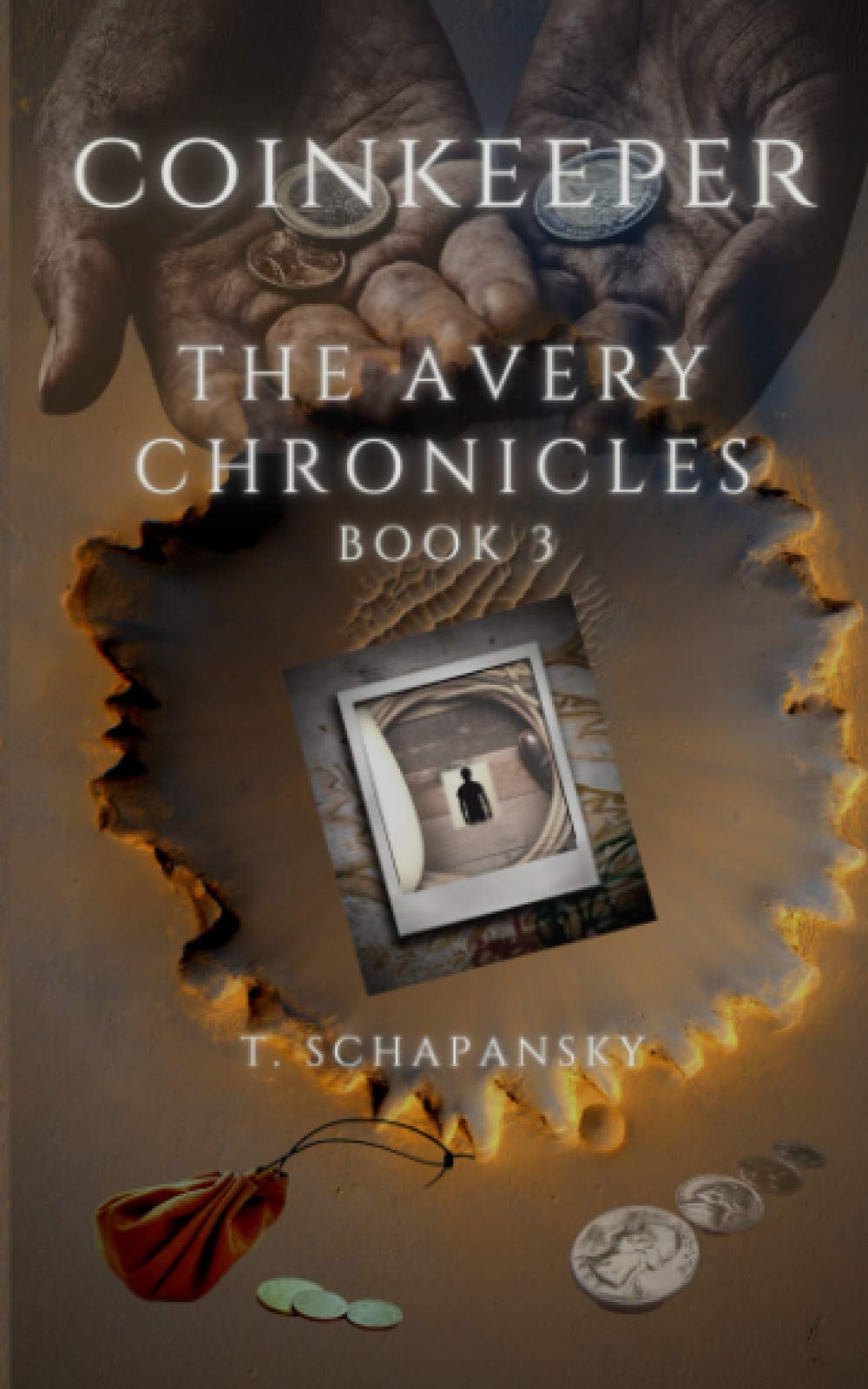 Grandpa told me to meet him behind the shed, and to get there long before dark.

Well, that sounded a lot more fun than doing homework would be, so I ran over right after school.
Grandpa was sitting on a stump under the apple tree, and he pointed at another stump across from him. I set my backpack down and took a seat.

“These here are seed potatoes, Avery.” He passed me a huge metal bowl full of potatoes, and a knife. He had his own huge bowl and a knife in front of him.

“We slice these about in half, but make sure each half has at least two eyes on it.” Wait, what?

“Grandpa. Everybody knows potatoes don’t have eyes.” He laughed at me.

“The little things poking out, tell us that these are sprouting, and those spouts are called, eyes.

The more eyes on your seed potato, the more potatoes you’ll get. But if you plant a seed potato with just two eyes, you’ll get fewer potatoes, but they’ll be bigger.”

While Book 2 concluded with the possibility of Avery’s joining his grandfather on a time travel trip, such an opportunity will have to wait for at least another book as, after providing Avery with a mini-lesson on planting potatoes, Grandpa launches into another story, one that came out of his having drawn a 723 AD Umayyad gold dinar from the bag. That coin had transported Grandpa to Silver City, New Mexico, in the fall of 1874 during the period known as the Wild West. Though Grandpa found a job working on a ranch, the ranch’s bunkhouse was full, and Grandpa rented a room at a boarding house. It was there Grandpa met Henry whose mother had died the year before and whose stepfather “just up and left.” Because Henry, about 14-years-old, was a few years younger than Grandpa, he gets called Kid by Grandpa.

Arguing that “[l]ife can’t be all about work and no play”, the Kid convinces Grandpa to use a few of his days off to saddle up and literally head for the hills with him. On the second day, the Kid reveals that one of his motivations for the trip was that he wanted to see one of the camels that had been used by the US Army as pack animals prior to the American Civil War. When these animals were no longer needed, some were sold but others were simply abandoned to run wild. On the third night, the Kid and Grandpa see five camels, with one having red hair actually approaching the pair. His goal achieved, the Kid decides they will ride home the next day. However, in the morning while the Kid is still asleep, Grandpa has his own personal experience with the red-haired camel. A month later, the Kid suggests another trip, but this one ends up in the little town of Bonita, Arizona, where a bar fight leads to the Kid’s shooting and killing someone. Grandpa immediately heads back to Silver City, but:

The Kid was arrested, but I guess he didn’t like being locked up very much, and he escaped that jail, too.

He became quite the famous outlaw and sadly, was shot and killed when he was only about twenty-two years old.

Grandpa concludes this story and the book by saying how he had appreciated that friendship and how he wished that things could have been different for the Kid. “By the time he died, he didn’t use the name, Henry anymore, and he will forever be known as Billy the Kid.” And, of course, there’s the now to be expected: “To be continued...”.

The “Extra Reading” portions of Book 3 include details about the dinar, but without any photos, as well as information concerning the Umayyads. A third section focuses on the camels and especially the legend surrounding the red-haired camel that came to be known as the “Red Ghost”.

Like the previous two books, the plotline is thin, and, if Avery was to find a lesson imbedded within this Wild West set story, that lesson remains unclear.