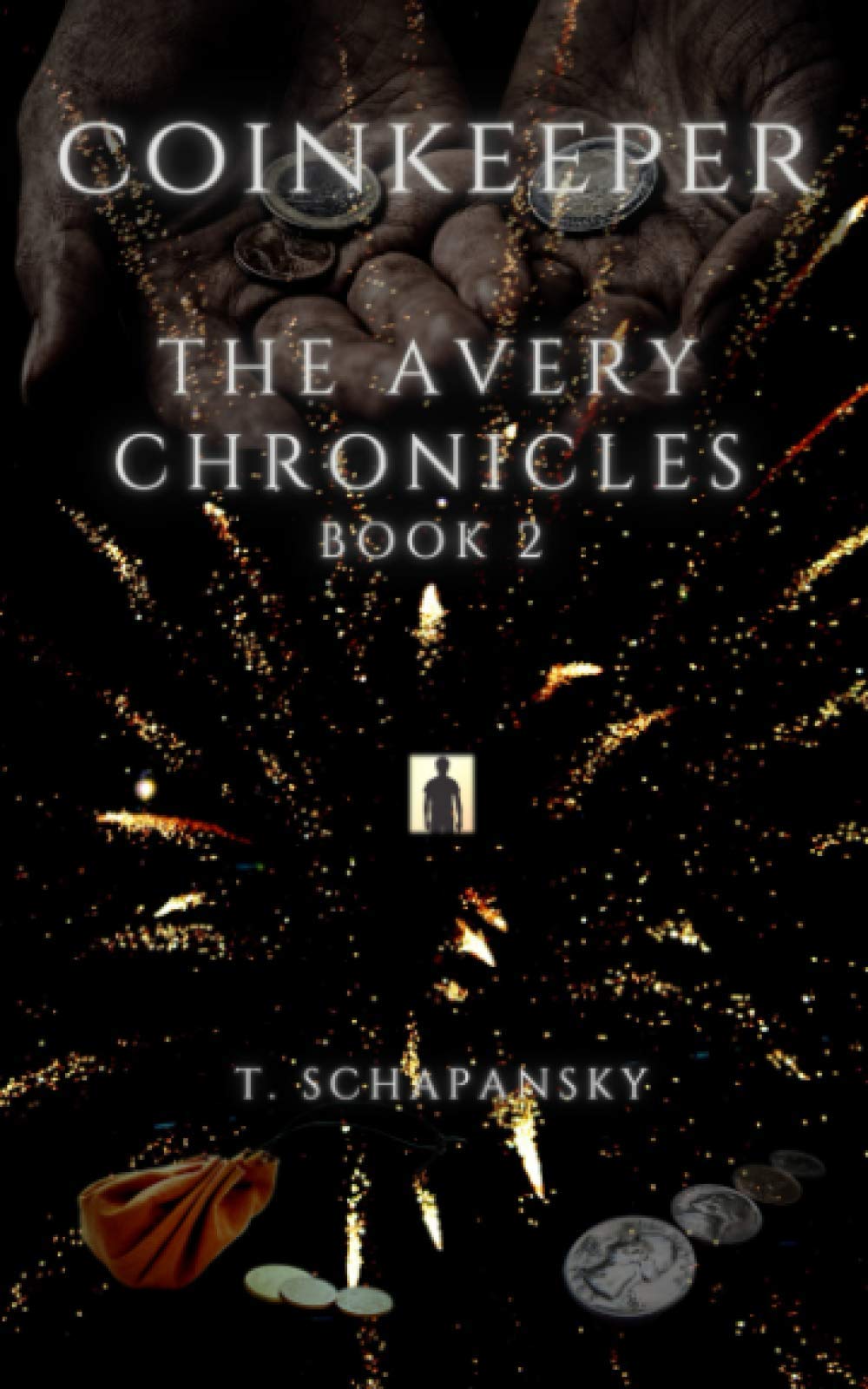 Grandpa had much more to tell me, he said, before I would be ready to keep the coins. He explained that each story he told, would have some kind of lesson attached to it.

I felt more special now than ever before and I could not wait to hear more of his stories.

The second volume of “The Avery Chronicles” begins the evening after the action of the opening book as Avery listens to another of his grandfather’s stories. This time, Grandpa finds himself to be a homeless 10-year-old in the slums of Edinburgh, Scotland, where, in 1857, the people were still recovering from the devastating effects of the Irish Potato Famine that had also spread to Scotland. Taken in by an unnamed “kind lady”, child-Grandpa is provided with food and shelter. He also befriends two local lads, homeless red-headed Patty, who “always wore mittens of some sort”, and Bell, whose “first name was kind of long, so we just called him by his last name....” Because Bell “had a nice family and a fine home”, child-Grandpa and Patty “thought that Bell was quite rich.”

In this setting, child-Grandpa “stayed about a year. I would have stayed longer, but I felt bad about the lady always sharing her food with me.” Schapansky really only shares one two-part event that occurred during Grandpa’s time in nineteenth century Scotland, and it happened when he and Patty were spending the day catching rats in the alleys of Mary King’s Close with Bell being unable to participate because he had piano lessons. During the boys’ hunt, they encounter the ghost of a little girl who is trying to find her lost doll, and shortly after this encounter, Patty loses one of his mittens, revealing “His fingers were webbed.” Patty then shares with child-Grandpa that his grandmother was a selkie.

In their natural habitats, selkies are most commonly known as seals and they live in the water.

Only once each year, a selkie may, upon his or her choosing, shed its seal skin on land. But, if they should lose that skin, they would also lose any chance of returning to their aquatic homes.

Before Patty goes on to talk more about his selkie grandma, he explains that “[t]he children of selkie-folk do not become selkies themselves, but they may or may not show signs of their heritage”, and, in his case, “he only ended up with webbed fingers.” With the selkie portion of Grandpa’s story told, he says to Avery:

You should think about scooting off to bed right about now. I’ll share more stories with you, and when I think you’re ready, perhaps you can join me. Then we’ll have a story to tell together.

And his closing words are followed by: “To be continued...”.

Like the earlier volume, this one includes an “Extra Reading” section, with the first text portion dealing with the 1861 Confederate half dollar and accompanied by heads and tails photos of the coin. The second text section addresses the ghost child the boys encountered, and the third, selkies. Because of the book’s paper quality, a black and white photo of Mary King’s Close that accompanies the ghost “Extra Reading” section is rendered indecipherable. What needed to be included in this portion of the book is a medical explanation of Patty’s webbed fingers, a condition known as syndactyly.

In the midst of his storytelling, Grandpa reveals that:

I’ve checked in on my friends, Patty and Bell from time to time, and that’s one of the nice things about being the keeper of the coins.

Patty grew up and got a job in a factory in Edinburgh. He got married and had children, and lived a very happy life.

And when Avery asks about Bell, Grandpa answers:

Most people know him by his full name, but to me and Patty, he’ll always be Bell. Maybe you’ve heard about him.
One of his inventions was the telephone, and his full name was Alexander Graham Bell.

Avery did not recognize the name.

Both fantasy and science fiction demand that readers suspend disbelief, and, consequently, it is up to the author to create a new “reality”, one in which the reader can believe. Missing from this title is any explanation of how Grandpa can move back and forth in time, and specifically how he can determine the exact place and time to revisit. And what role do the coins play in this revisiting process?

In the “Excerpt”, which was taken from the opening page of Book 2 of “The Avery Chronicles”, Grandpa told Avery that each story he told him would have some kind of lesson attached to it. What lesson Avery was to draw from Grandpa’s visit to mid-nineteenth century Edinburgh remains unclear.

As with Book 1, the plotline is thin, and Avery essentially remains a passive listener/observer. The book’s closing paragraph offers the possibility that Avery may get the opportunity to join his grandfather on a future trip into the past.