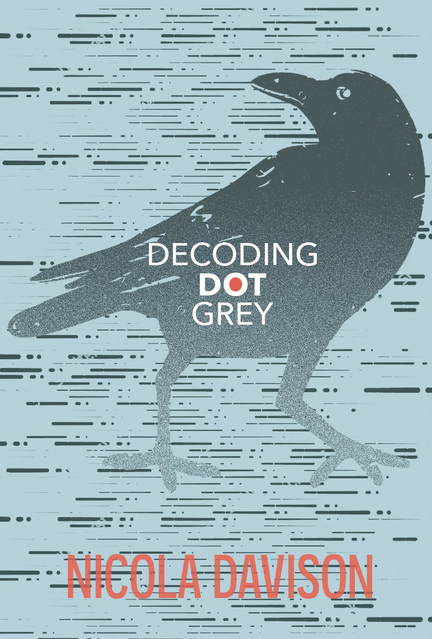 Once a month, Judy goes over the ordering with me, figuring out where we are with supplies. We’re hanging over a binder when Rachel comes in.

“Missed my first class,” she says, shedding her coat. She’s in her Art Student clothes; they look like rags but she’s loathe to get them dirty—probably because they wouldn’t survive a washing machine—so she heads for the bathroom. “Mum had to shake me awake. She thought I was like, comatose.” She mimes a drooping face for us. When the bathroom door clicks, Judy pauses and looks hard at me.

“Does she know about your mother?”

I shake my head. I prefer not to talk about it.
“Okay, up to you.” Rachel wasn’t her first choice of employee, but Judy was low on applicants for midweek shifts. Most college students work evenings and weekends, going for jobs with tips.
On Friday afternoon, we’re flooded with volunteers. The cat room has a circle of cuddlers. They drag chairs in and make high-pitched noises. Judy reminds me it’s good for them—the cats not the humans—but it requires more work to monitor the people than the animals. There’s always one escape.

“You’re not a people person,” Judy says, as if it’s a revelation. I wouldn’t classify any of us as people people. But it’s true I always try to dodge any tasks involving the public.

Dot Grey lives alone in a tiny basement full of animals - gerbils, rat, gecko, guinea pig. On the first day of the novel, she adds an injured crow to the family. When not at home, she is surrounded by even more animals at the shelter where she has worked since she was 12. Amongst the staff, she has a bit of a surrogate family, but, because Dot is not a people person, she keeps most of them at a distance. Nor can she get too attached to the cats and dogs in her care as they will leave her one way or another. Rachel, a new outgoing co-worker, tries to pull Dot out of her shell. Joe, a new volunteer, seems to get her and respect her boundaries, but he is hiding a dark secret. Dot has left her home and father and after a car accident which left her mother in a coma. Dot navigates extremely complicated relationships with her family, trying to find ways to cope and get through each day. She will eventually say goodbye to her mother and reunite with her father while learning to deal with her feelings. By the end of the novel, Dot is starting to see a path forward in animal medicine, and she is ready to help her boss find a way to convert the shelter into a no-kill environment.

Decoding Dot Grey fits within the subgenre of books about young adults living alone, usually dealing with grief or trauma. Dot must confront adult worries like finding a safe place to live, negotiating with a cranky landlord, keeping her car running, and making enough money to live on. The book is effective in its depiction of the extra difficulties of a child who takes on adult responsibilities. In this case, Dot does actually have a loving father, but she has isolated herself and taken on hardships and burdens as a way to survive confusion and grief. It’s an interesting take on the theme, and Davison creates a lovely community around Dot, a community whose members are all looking out for her while trying to respect her decisions.

The main feature of the novel is life at the shelter. Most of the scenes take place there, and the environment is carefully and thoroughly represented. Dot goes though daily rituals of cleaning and care, keeping readers updated on the comings and goings of various cat and dogs. Needless to say, many of these are not happy stories, but Dot does not allow emotion into her life. The other main characters all work at the shelter and are either adults or a little older than Dot. Each is different and believable, fulfilling a necessary role in the action. One of the most important is Joe who initially seems to have his life together and to offer stable friendship. In fact, his need and despair eventually force Dot look out for another person.
Dot is a well-rounded portrait of a girl who is private, intense, scared. The novel is really a character study, taking Dot from the toughest time in her life, where she is just surviving, to a point where she can begin to share her grief. The novel is all about Dot’s voice and her inner world. She protects her thoughts in private as well and in public, but sometimes she does share memories of good times, thoughts about her mother and reflections on her troubles. She has a strong and admirable moral compass, as does the book as a whole. It is a very obvious metaphor that Dot can only do one thing: care for those who are injured and needy and alone, like she is. By the end of the story, though, we can see that Dot will be able to offer more substantial care for animals now that her own healing journey is underway. We can imagine her as a mature, capable vet.

In some ways, the book falls outside YA or “coming-of-age” conventions. Pushing genre boundaries can be useful, but it also means the readership for this story is less clear. Dot is 18 and living alone. Much of her trauma is related to more adult issues and is approached from that perspective rather than that of a young adult. This isn’t really a book for children or young adults, not just due to the serious subject matter, but in tone and structure as well. There is a quality to the writing style and storytelling which makes this a book which young adults can read but which is not written for them. At the same time, it is hard to imagine a wide adult readership.

Decoding Dot Grey is very sad and disturbing at times. It should be noted that this book, though about animals, would be difficult to read for animal lovers. It takes place in the late nineties when no-kill shelters were not as ubiquitous as they are today. Dot often deals with animal euthanasia, and, though she has accepted it, it is emotionally draining and difficult to read about. There is also discussion of animal abuse as well as a daring animal rescue which, while successful, is fraught with danger and sadness. The book does have a happy ending when Dot’s boss drafts a thorough plan to improve and transform the shelter through fundraising, grants and sponsorship. It is a relief that the book ends with optimism; there is a certainty that progress is attainable and that the shelter staff are all committed to this goal.