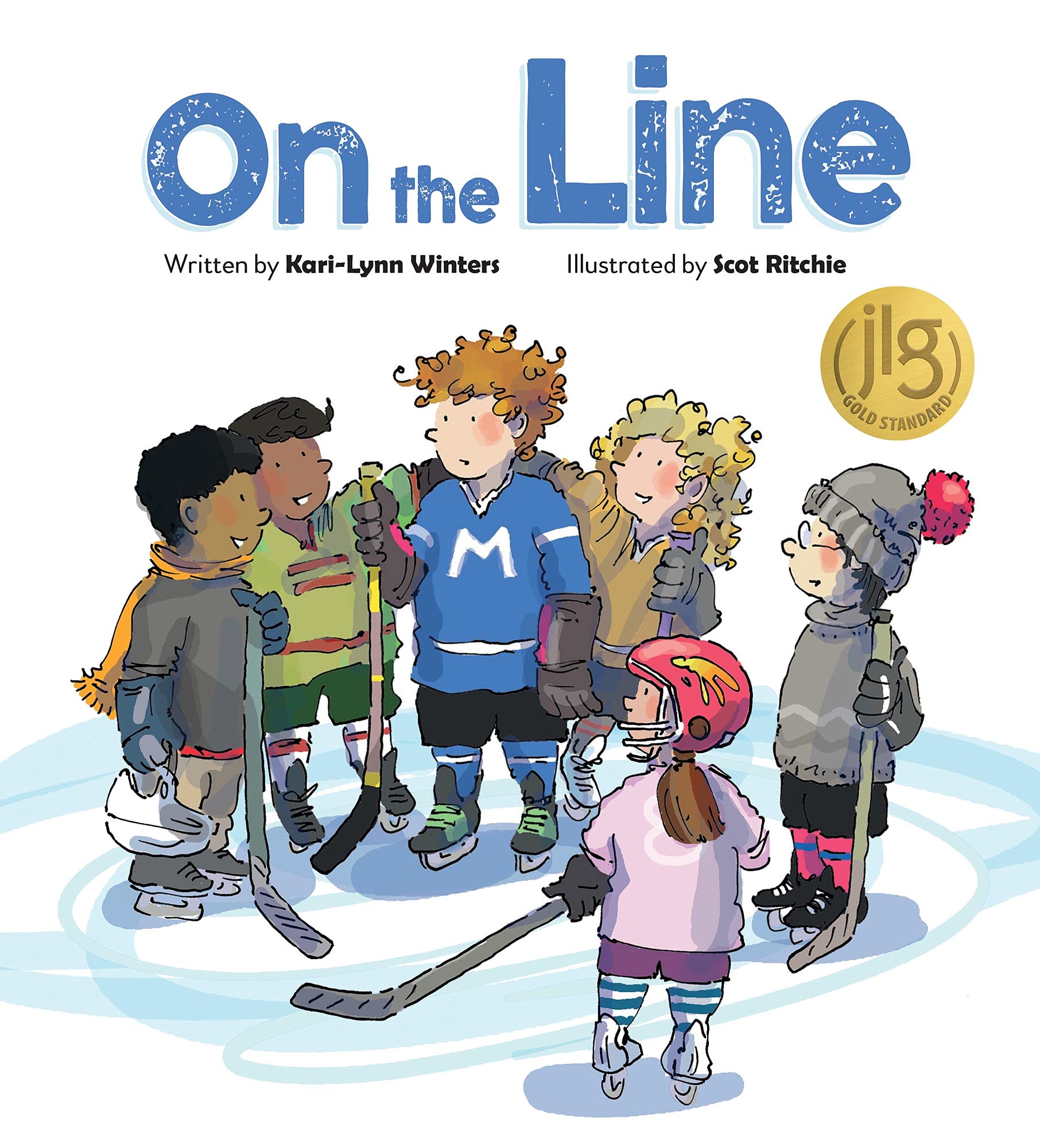 Grandpa reminded him. “You’ve got Moore in your blood. You’ll be great!” But...Jackson wasn’t so sure.

On the Line tells the story of Jackson Moore, a kid who comes from a family of hockey stars. Jackson is expected to follow in his family’s footsteps, but, as it turns out, he is “a potato on skates”. Jackson hopes to help the team another way, and he comes up with a game plan they can follow. This also fails. Jackson then sets his sights on getting his team the proper equipment, without which they will be unable to play in the tournament. Jackson succeeds in this plan and is a hero after all, just not in the way everyone was expecting. A note on team stewardship at the end hammers home that there are many ways to be part of a team.

The story is told competently enough though with little flair. The characters are diverse, thanks to Ritchie’s clear and colourful illustrations, though none of these diverse characters have any importance to the narrative. Indeed, with the exception of Jackson, the characters are largely flat. The language is appropriate for the recommended age of 5-8, and the large clear font would be ideal for beginner readers.

The illustrations which are in pencil and ink and finished digitally pop on stark white backgrounds. The pictures have a cartoonish sketchy quality that adds vibrancy. Jackson’s self-doubt is shown in words around his head (“Do I have what it takes?” “What if I fail?”) and his body language.

Another picture book about a kid who plays hockey, On the Line shows that there is more to sport than athletics.

Toby Cygman is a librarian in Winnipeg, Manitoba.