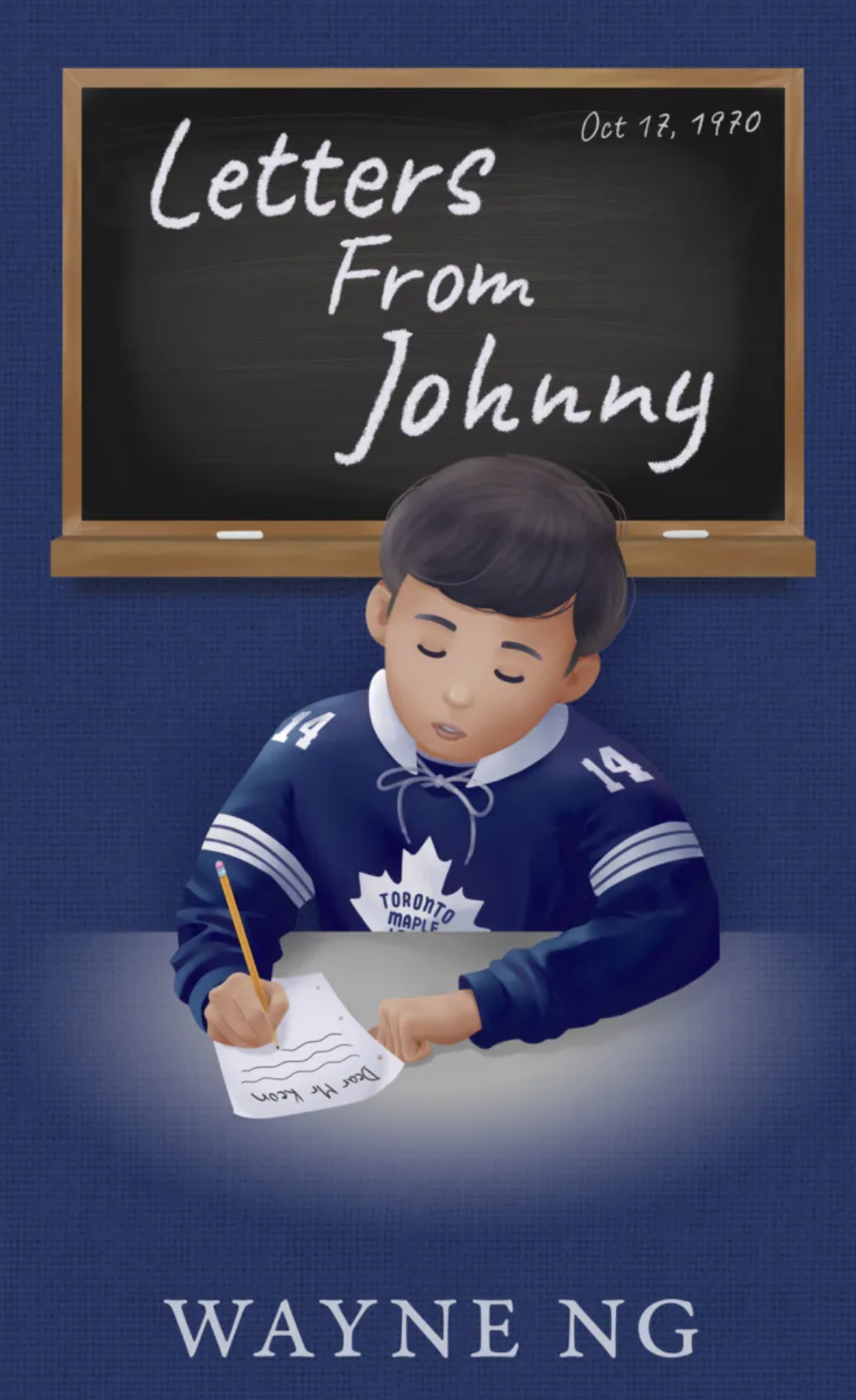 Mrs Clover said I have to rite enough letters to fill a yellow envelope before she sends them to you. She said I should rite about my home and family or our friends and what it is like in Canada or else I get another detenshin. We live near the univercity of Toronto beside queens park and near china town. Do you have a china town in Idaho. We are on Henry street where many Chinese live. There are many gwhy low on the street too. gwhy low is what my mother calls white people but she never says that when Rollie is around. Many of them are rich and have houses all to them selfs. My biggest enemy Barry Arble moved into the house at the corner of Henry street and Baldwin street. He said he was in jewvee for beating up people but he was not afraid. He said if I don’t smarten up he will get them to send me to jewvee too so I pushed him then Mrs Clover came over and made me stand by the wall even though it was his fault. That made me wonder if he could really get me sent to jewvee because it would be bad being away from mother plus how will father find me. The Catwoman next door to us is the scariest gwhy low. Rollie is my faverit gwhy low. He has a beerd and mustash and side burns. He says it is his Castro look. He is from Mane, United States. That is beside New found land. Is Mane near Idaho. My mother said he is a draft doger. But I have never seen him run. He has lots of friends down the street. They play gitar drink beer and smoke until very late at night. One time Rollie thru his cigarette into Meany Mings garden. She got real mad and began to wave her skinny bean pole arms at Rollie. He wore his make love not war t shirt and pretended to be her by skwinting his eyes and swearing with fake chinese words. But I know he really likes chinese people because he said Mao was a groovy dude and a friend of people everywhere. That made me think that if the bombers from Kebec attack Canada China will come to our rescue. I told this to mother and she agreed.

Johnny is an 11-year-old first generation Chinese Canadian who has been tasked by his teacher to write to a pen pal. When the assignment is over, Johnny continues to express his thoughts by writing to his hockey hero, Dave Keon. This becomes more and more important to him as Johnny becomes involved in a murder case and needs an outlet for his ideas and his feelings.

Johnny is a likeable main character doing his best to make sense of a chaotic world. He deals with bullying at school and is living with a single mom. On top of these issues which could conceivably happen to any Grade 5 student, Johnny is also trying to understand what is going on in Quebec since the novel is set during the 1970 FLQ crisis. Like any child, he worries what would happen to him and his mother if things got out of control and the crisis somehow found its way to them in Toronto. As the book goes on, readers find themselves cheering for this feisty underdog named Johnny despite his frequent misbehavior at school and in the wider neighbourhood. We understand how important male role models are to him, particularly since his father is absent for much of the novel. Thus, Johnny is keen on superheroes like Batman, policemen on TV shows, and – at the top of his list of favourites – Maple Leaf hockey player Dave Keon.

The novel is told through letters, and so we read about events from the perspective of a child. Ng wants to give the impression of the free-flowing, unedited thoughts of a young adult, and so spelling and grammar are what one might expect from a young boy. Some readers will find this endearing while others may simply be annoyed.

Ng sets his story in 1970 and brings the era to life with references to politics and the FLQ crisis, draft dodgers avoiding the Vietnam War, various TV shows and, of course, hockey and the Maple Leafs. It is a time of fear and uncertainty in Canada, and the national issues mirror the personal turmoil in Johnny’s life. He’s just finding his way in a confusing society and culture and must do his best to cope with events. Ng is able to help readers get into Johnny’s mind as he vents his feelings about the upsetting Quebec news as well as the more personal problems he faces as his Chinatown neighbourhood attempts to solve a local murder mystery.

Letters from Johnny is a difficult novel to categorize, and, therefore, I chose to leave details of grade and age out of this review. The cover of the novel looks like the book is aimed at junior or intermediate level students, and certainly, they would enjoy Johnny’s antics – his fistfights and his sharp tongue which often gets him into trouble. Older students will dig a little deeper and see themes emerge about life as a child of immigrant parents and the challenges of finding one’s unique personal identity while still fitting in and belonging with one’s peers and community. Adults will also enjoy this book. Not only will they appreciate the cultural themes mentioned above, but the story takes them back not only to an era of crisis in our Canadian history but also an era of sports and entertainment which many will remember.
Johnny’s letters aren’t particularly long nor are they overly complicated. Ng has captured the voice of a young boy, and his doing so allows us to share his worries and fears along with his hopes and dreams.