Inside In: X-Rays of Nature’s Hidden World 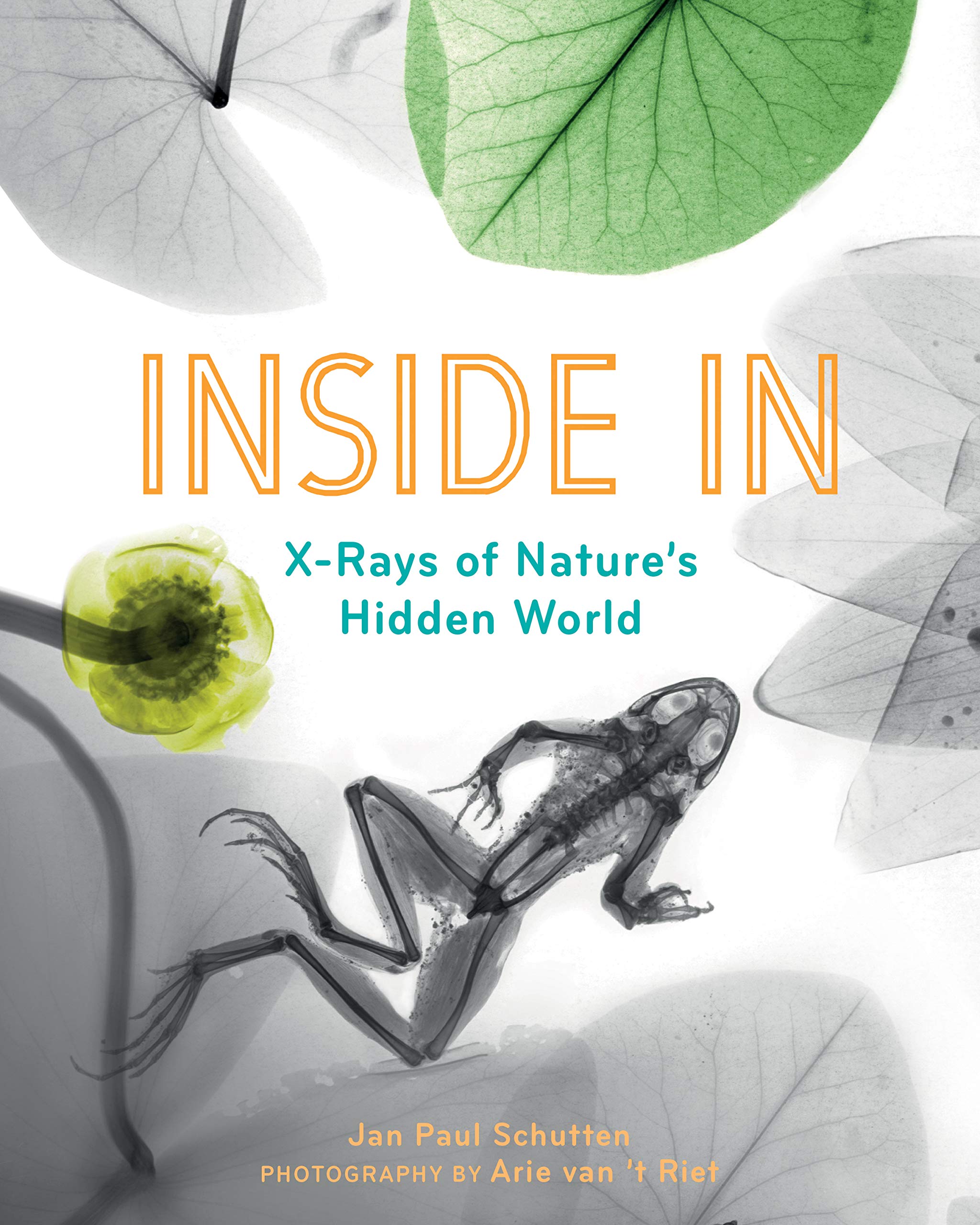 Inside In: X-Rays of Nature’s Hidden World

A butterfly’s wings might be light, but they’re still pretty strong. That’s because they have a very clever design. See those lines all over the wings? Those are the butterfly’s wing veins. When the butterfly emerges from its cocoon, those veins are pumped full of blood, which keeps the wings taut. If you think about it, it’s like an inflatable boat that stays firm when you pump air into it. And if a small piece of wing tears, those strong veins will prevent the wing from becoming even more damaged. It works a bit like a stained-glass window. If you throw a stone through an ordinary window, the whole pane of glass breaks. A stained-glass window, however, remains intact, except for that one broken section. That’s how it works with butterflies too, and that’s important, because a broken bit of butterfly wing never becomes whole again.

The butterfly’s wings are not just there for flying with, by the way. They also act as solar panels. Butterflies don’t like cold weather. If their body temperature drops below 82 degrees Fahrenheit (28 degrees Celsius), they can’t fly anymore. As soon as the sun shines on their wings though, the warm blood from the wing veins flows to the muscles to get them moving again. Useful, huh?

The collaborative effort of children’s author Jan Paul Schutten and former medical physicist Arie van ’t Riet results in this amazing and captivating book. Translated from Dutch and inspired by nature’s beauty, the book consists of “bioramas” (x-ray portraits of animals and plants) which offer readers a rare glimpse into the bodies of a variety of animals. Six chapters feature the skeletons of arthropods and mollusks, fish, amphibians, reptiles, birds and mammals. Most of the skeletons are superimposed on backgrounds of delicate flowers, grasses, seaweed, cacti and other plants, resulting in an attractive, eye-catching layout.

Schutten employs a conversational writing style infused with humour. The goal of the narrative is not to provide a thorough explanation of each animal’s attributes but rather to focus on the skeleton and specific body parts which enable the animal to move, eat, escape capture by predators, and to stay safe. In that vein, Schutten points out to readers interesting body parts such as a bat’s backward-facing knees (as compared to humans’ knees), a chameleon’s accordion-folded tongue, and a squirrel’s monkey-like paws.

Using special x-ray techniques, van ’t Riet photographs his animal subjects in various poses: a frog leaps, birds perch on branches, and a hare stands on its hind legs in order to nibble on the tender shoots of plants. The photos are unedited with the “imperfections” they reveal, such as an animal’s broken leg or wing, or a flower’s missing petal, adding even more interesting detail.

Though the text, in itself, is very informative and educational, it is the artistic quality of the x-ray photos - the play of light and shadow, beautiful lines and incredible detail- that steals the show. Wispy, gossamer petals seem to float on the air while delicate veiny leaves or multi-coloured spiral snail shells create visual appeal. Without colouration, the book would have been just fine, but the addition of select, vibrant pops of colour take the book up to the next level and give it the “wow” factor, making each photograph a work of art.

Readers not only will be fascinated by this book, but they will also gain a new appreciation for the natural world. A table of contents and an index are provided.

Inside In: X-Rays of Nature’s Hidden World is well worth purchase!