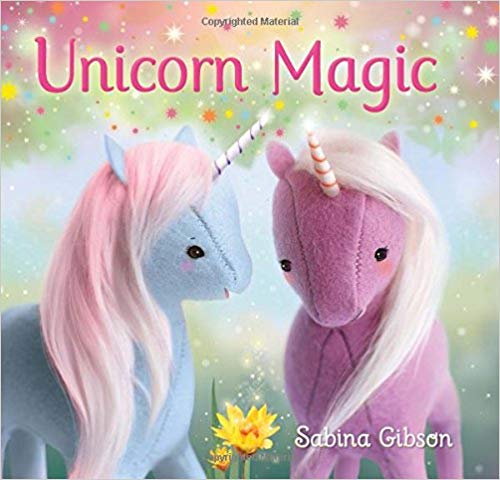 Periwinkle closed her eyes. Her unicorn horn glowed with magic. A beautiful rainbow etched all the way across the forest.

“We just needed to believe in ourselves,” they cheered. “That’s the very best magic of all.”

This fairly straightforward children’s book recounts the story of Periwinkle, a unicorn, discovering her magical powers through the process of encouragement and support of her unicorn friends. By following the advice of her friend Birdie to ‘believe in magic and follow one’s heart’, Periwinkle wanders around encountering her unicorn friends who all seem to be struggling with their own magic. Periwinkle offers them the same advice she received, and all the unicorns rediscover their abilities. Finally, by the end and encouraged by the other unicorns’ success by ‘believing in magic’, Periwinkle discovers her own magic - the ability to create rainbows.

The story, itself, is nonsensical. While Periwinkle seems to struggle with discovering what her magical ability is in the first place, all the other unicorns know and are just having trouble that particular day finding inspiration. Although it seems a minor point, why would Periwinkle only be wondering now about her magical ability when all her friends seem to have been doing it for a while? 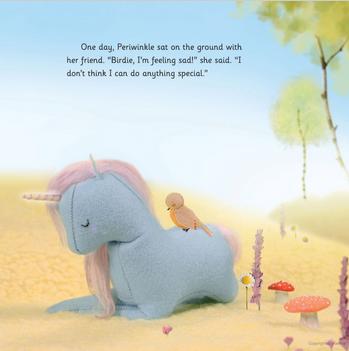 It would have made much more sense for Periwinkle to be struggling to find a creative spark for that particular day as that would align with the other unicorns. Another hole in the story is that when Periwinkle is feeling discouraged by her inability to do anything magical, her friend Birdie tells she is the most magical unicorn Birdie knows. But, at the beginning of the story, readers are told Periwinkle has not yet discovered what her magical power is. So how would Birdie know that Periwinkle was magical at all, much less the ‘most magical’? The story also would have made more sense if Periwinkle’s magical ability was not creating rainbows but in her ability to support and inspire her friends. After all, that is what Periwinkle spent the whole story doing. 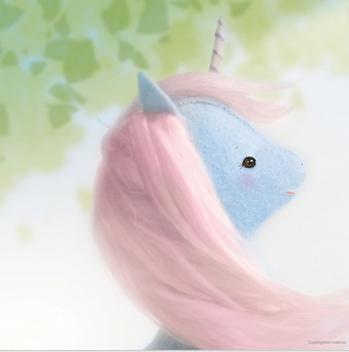 Further, throughout the whole book, the unicorns are told that the way to do magic is to believe in it and ‘follow one’s heart’. This advice works for all the unicorns - believing in magic allows them to do magic. However, the final take-home message is that the best magic of all is believing in oneself. An admirable message no doubt, but not one that the story actually demonstrates. In addition, by 2018 no children’s story should be without gender diversity to make the story as inclusive as possible. While this story of magical unicorns may be targeted at girls, there is no reason that some of the unicorns couldn’t be male (or for the author to leave out gendered pronouns altogether).

The artwork is a mixture of felted unicorns alongside drawings of the forest and other animals. The overall pictures are fairly basic - the felted unicorns are just posed differently on each page alongside simple backgrounds. Ultimately, because there are so many amazing children’s books available these days, books that have storylines that are compelling, inclusive, and make structural sense, Unicorn Magic just doesn’t make the cut.

Mê-Linh Lê is a librarian in Winnipeg, Manitoba, with three young children who are as equally obsessed with books as she is.