Lost on the Prairie 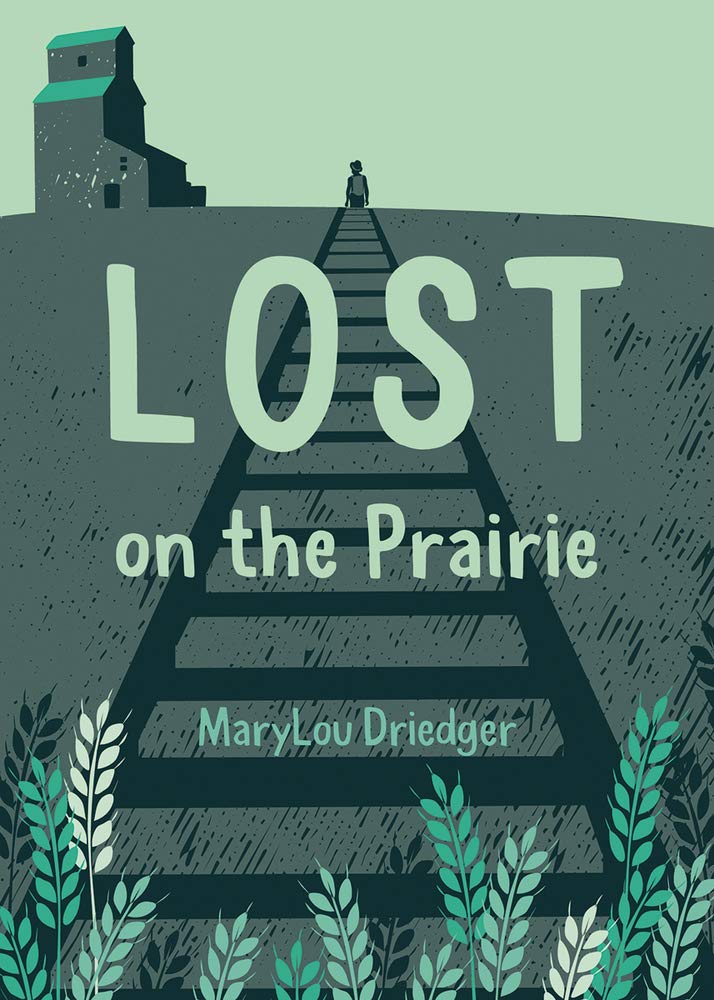 Lost on the Prairie

My new friend frowns. “Your car broke from the train?”

“I don’t know. The next stop the train was going to make was in Fargo. I figure that’s when my brothers will find out I’m gone and will send someone back to get me. They were in different train cars with the pigs and chickens and such. But it could take a fair bit of time.”

“Then you will come home with me.”

“Yes. I have a son about the same age as you. His name is Joe. I am Arden Little Thunder.”

“Peter Schmidt,” I stick out my hand to shake his. “Thank you Mr. Thunder for saving my life. My mama and papa would thank you too if they were here.”

It’s 1907, and the Schmidt family is moving from Kansas to a new homestead in Drake, Saskatchewan. Peter and his two older brothers are going ahead by train with the animals. With the two horses, Prince and Gypsy, traveling with him in the last boxcar, Peter is excited and hopes to have adventures like those in his favourite book, Captains Courageous. Within the first few days, he discovers a copperhead snake in the train car, and then, while stopping in Omaha, he helps his new friend Annie climb down from a high derailed roller coaster.

But his adventure is only beginning. When his boxcar becomes detached from the train en route to Fargo, Peter realises he is lost on the vast prairie. Faced with nearly drowning, rescuing a friend from quicksand, escaping from a barn fire and the fear of not getting back to his family, Peter discovers how courageous and quick-witted he is. He also meets a variety of people: an Indigenous family in South Dakota, a family named Schmidt in Sisseton who are related to him, the famous author Mark Twain and others, including new friends. Peter’s view of the world expands as his train journey resumes. He visits Minneapolis and has a short stopover in Winnipeg at the new CPR station. With its marble columns and high ceilings, to Peter it “looks like a palace but sounds like a noisy barnyard.” When Peter sees a large crowd of people speaking many different languages heading toward Immigration Hall, he realises that he, too, is immigrating to Canada. After nearly missing the train, he finally arrives at his new home. He is still ready for other adventures, but next time not without his loving family.

Lost on the Prairie, by MaryLou Driedger, was inspired by the disappearance of the Winnipeg author’s grandfather en route to Saskatchewan when his boxcar was detached. With no other details available, Driedger has constructed this mystery journey. Adding credibility to the story is her extensive research of actual people and events of that time period, including the use of family members names, Peter Schmidt, Herman, Alvin and Annie, even the horses’ names Prince and Gypsy. Extensive research of sites and events during that time period that are referenced in the book add accuracy to the story.

The topics of the importance of the family, the friendship of neighbours and immigration with its hardships flow throughout Lost on the Prairie. The warm depiction of Arden Little Thunder, who saved Peter from drowning, and his family addresses the important and timely topic of the historical portrayal of Indigenous peoples. Driedger’s research for Lost on the Prairie included an interview with an Elder on the Lake Traverse Reservation as well her sharing the manuscript with a member of the Sisseton-Wahpeton Oyate Dakota Band. Her doing this provided advice that helped make Peter’s time with the Thunder family authentic and culturally appropriate.

Accompanying the story is a study guide at the end of the book that includes chapter summaries, author’s notes and links to helpful online resources. The guide addresses the social studies and language arts outcomes from the curriculums of the western provinces for grades 3-6.

Lost on the Prairie is a fast-paced adventure portraying the demands and dangers of prairie life at the turn of the twentieth century. Middle year readers will readily engage in the excitement and challenges Peter faces in this work of historical fiction. Lost on the Prairie will not only be a popular read for the intended audience, but it will be one that parents and grandparents will enjoy sharing.

Janice Foster is a retired teacher and teacher librarian in Winnipeg, Manitoba.