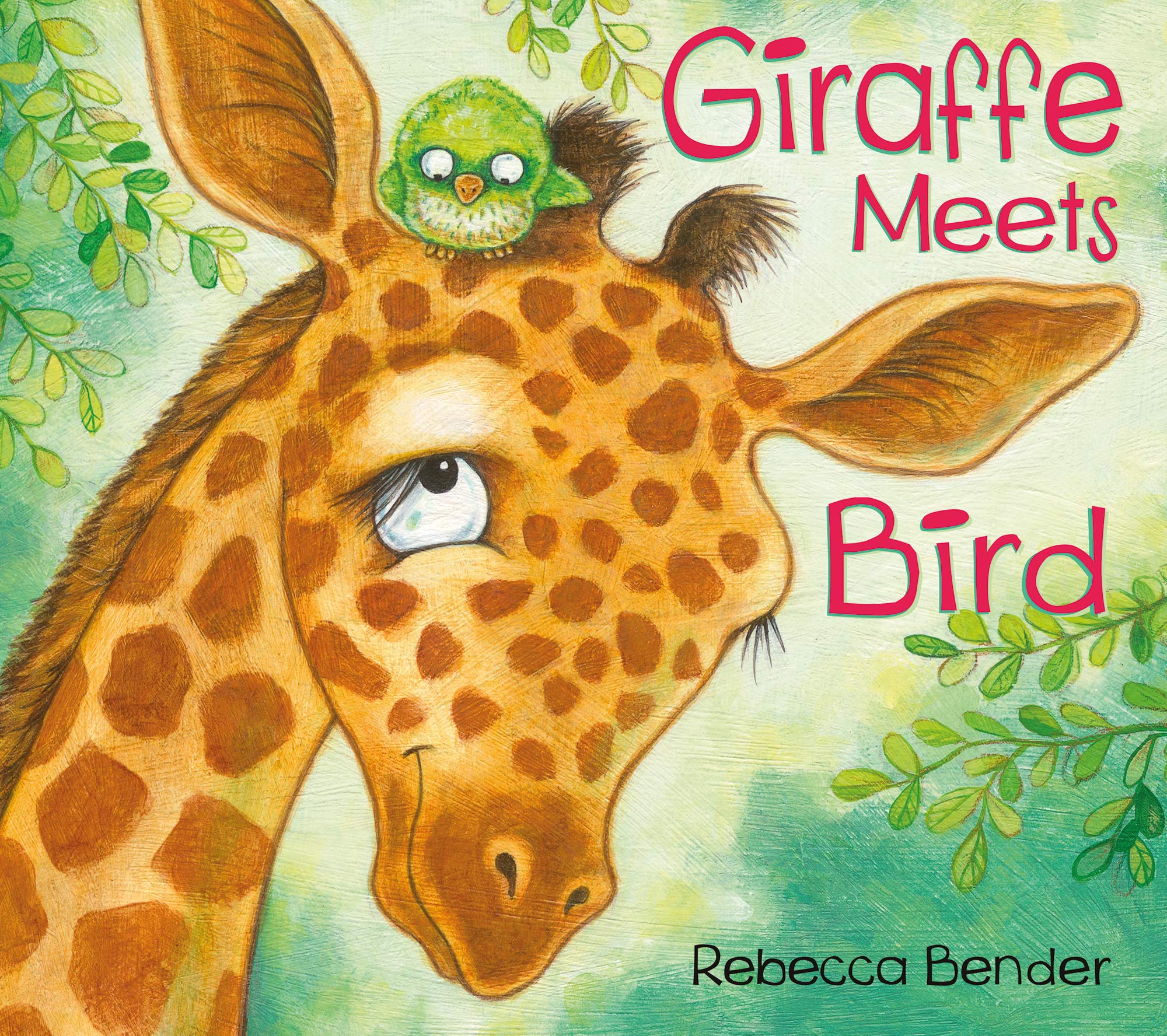 Giraffe Meets Bird, (www.cmreviews.ca/cm/vol22/no6/giraffemeetsbird.html) originally published in 2015 as a 32-page picture book, has been republished as a board book. Though this new edition includes all of the illustrations found in the original, the board book’s abbreviated text, while maintaining the core storyline of the picture book, does lose some of the “Odd Couple” character interplay that was contained in the earlier book. For example, while the 2015 text reads:

Giraffe discovers that it is a cinch to make Bird angry.

But sometimes Giraffe is crabby.

And some days Bird is grumpy.

The revised text simply makes a flat statement whereas the original included an element of cause and effect.

Similarly, while the board book’s text states:

Bird loves to hop from branch to branch.

Giraffe enjoys the peace and quiet of a nap.

The board book’s text could possibly leave youngsters with the incorrect impression that it is Giraffe who is enjoying taking a nap. Although the use of “playtime” is accurate, it is also incomplete as Bird’s “hop[ping] from branch to branch” also includes an annoying stop atop Giraffe’s head.

Other examples of the dissonance between the texts of the two versions exist, but ultimately the board book must be judged on its own merits, and it does work as such. With this introduction to the animal pair, hopefully the maturing versions of these young readers will later meet the rest of the picture book series, including the original Giraffe Meets Bird.