The Case of the Burgled Bundle 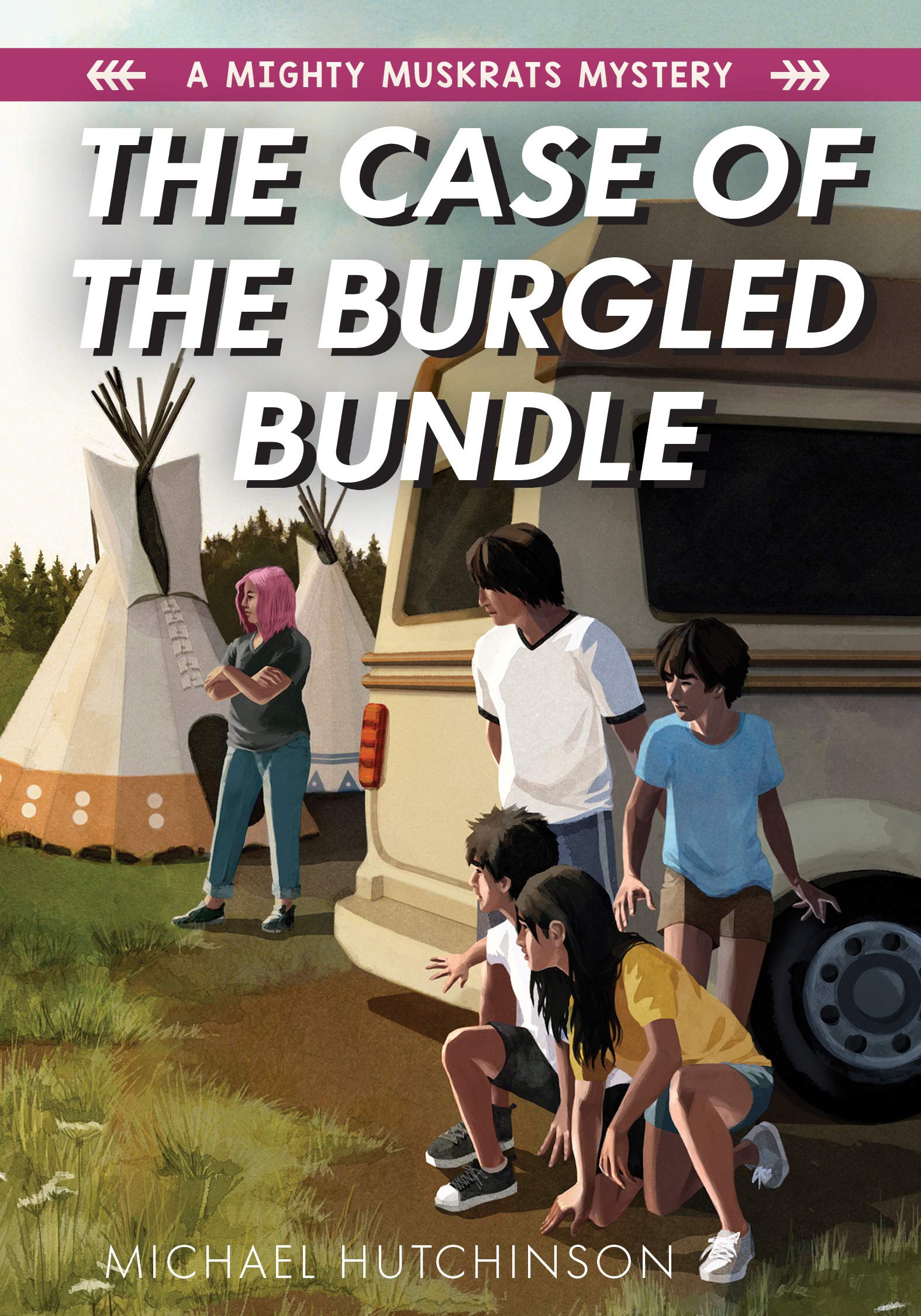 The Case of the Burgled Bundle

"I kicked the pipes!" Sam threw his arms in the air, exasperated.

Atim's jaw dropped. "How could you!"

"Chickadee tugged on my shirt as I was taking a step, and I lost my balance." Disappointment dripped from Sam's voice. "At least I didn't fall down. BUT I KICKED THE PIPES!"

The three cousins had hurried out of the teepee with the empty cauldron, the ladle rattling inside. They felt the eyes of the crowd as they scurried away to look for Mavis and more stew. Now, they were back at the drop-off spot and she was nowhere to be found.

"I didn't mean it!" Chickadee slapped her knees. Her face twisted with worry.

Sam walked over and gave her a hug that he needed just as much as she did.

Chickadee half pulled away from her cousin. "Sorry, Sam. I didn't mean it."

"I know you didn't. It was an accident." H smiled at her. "But you know how the Elders always say that little things carry messages. How serious is this?"

Atim was grave. "What does it mean when someone kicks some of the most sacred items in the ceremony?"

The National Assembly of Cree Peoples is meeting in Windy Lake, and this means that the four cousins, known collectively as the Mighty Muskrats, are busily engaged in helping the elders to make sure everything runs smoothly. They plough a path for their grandfather through the crowds surrounding the giant teepee where the first session is being held; they set up tables for lunch and generally make themselves useful. Others, however, are not so helpful. They spot one local gang of young troublemakers fairly obviously in the process of stealing a large picnic cooler, and one of the elders from another band seems to be determined to raise objections to the way any ceremony has been planned. These things fade into insignificance, however, when it is discovered that the ceremonial Bundle from the Treaty 12 lands has disappeared from the teepee where it was being kept overnight in anticipation of its opening and the telling of the stories that its contents signify.

The Bundles have great significance for the people to whom they apply: they contain the people's versions of the treaties and history of the particular band. Nothing is written down. Instead the Bundle Holder keeps all the stories in his head, each story with its mnemonic in the bundle, wrapped in a separate piece of significantly coloured cloth. The opening of the bundle and the telling of the stories are a lengthy ceremony but one which must never be filmed, pictured, or recorded in any way. And now Treaty 12's bundle has vanished. The Muskrats have several other solved mysteries to their credit, and they put their heads together to discover who could have taken the bundle from under the noses of the four young people who were specifically placed to watch over it. As obvious suspect after obvious suspect is eliminated – some, admittedly, on fairly flimsy and intuitional evidence – the Muskrats are almost forced to conclude that the Bundle, in spite of having no intrinsic value, must have been spirited off the reserve and sold to a collector of such things. Then one of them has a moment of recollection, of connecting the dots, which leads them to the culprit, the reason for the theft, and, finally, reparation. This leads, in turn, to a generous spirit of reconciliation throughout the Assembly. So all ends well.

I began this book with the fear that, whatever the crime, the perpetrator would be the only non-Indigenous person in the story. I was wrong! This story takes place on First Nations’ territory, its cast is aboriginal throughout (with the addition of one Métis), there are good guys and bad guys and in-between guys, just as in any other crowd. It makes it harder to guess the thief, but it also makes it a much better book! One learns a great deal about many aspects of fundamental Cree spirituality, traditional governance, and family values through the contents of The Case of the Burgled Bundle, and so it is very satisfying that the solution to the mystery, which is the driving force of the book, is tied in to these values. Librarians will welcome this book as an authentic Aboriginal voice in their middle school fiction section, but others will enjoy it because the kids are appealing, the setting interesting, the mystery intriguing, and the solution satisfying. Go for it!

Mary Thomas lives in Winnipeg, Manitoba, and has had enough to do with ordering books for school libraries to know that this one would be well up on her list.