It Came from the Basement 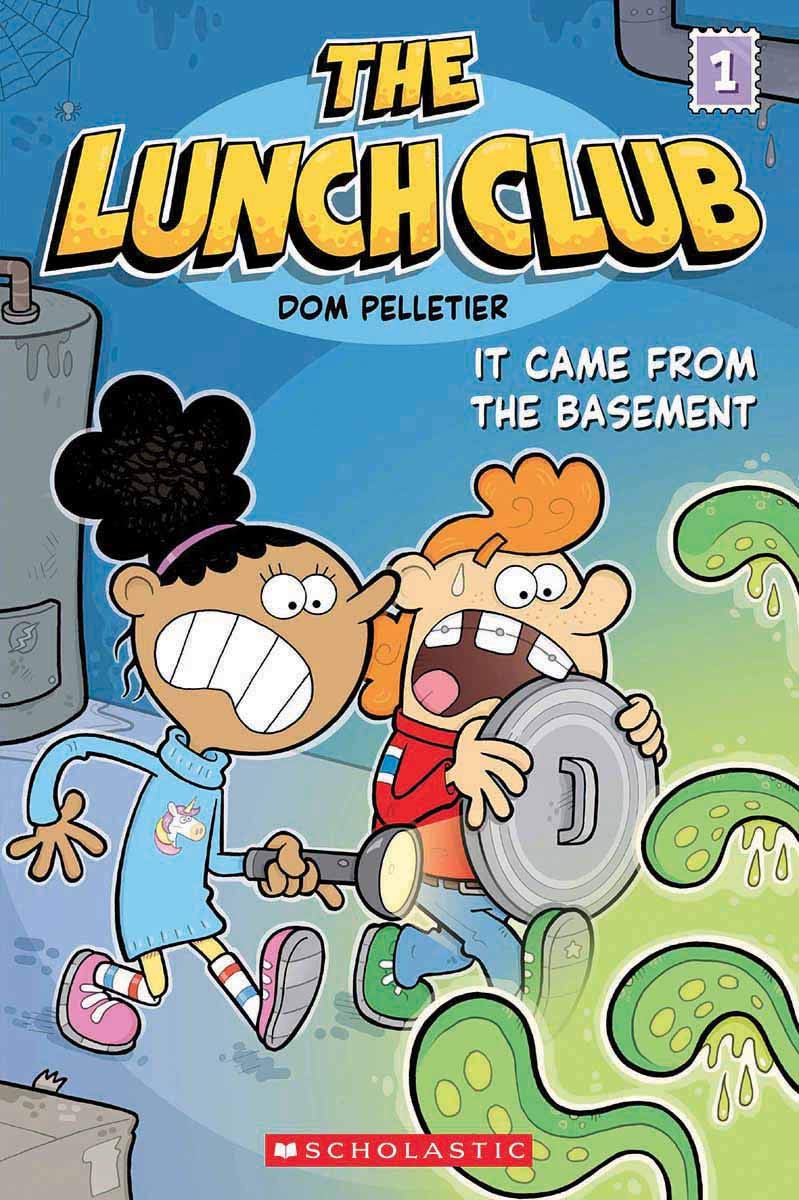 It Came from the Basement

It Came from the Basement is the first instalment of Dom Pelletier’s graphic novel series “The Lunch Club”. Featuring Tia (aka the new kid) and Leo (aka the comedian), it tells the story of Tia’s move to a new school where a giant alien monster is living in the basement, controlling the school’s janitor, and trying to take over the world. It just so happens that the school’s unpopular Philately Club is a front for a top-secret club of heroes who protect the world from monsters like the one attacking Pleasant Valley Elementary. The club’s ever-sleepy staff advisor joins forces with Tia and Leo to rid themselves and the school of the evil alien.

The illustrations in this book are bright, fun, and comical, with animated facial expressions and a hilariously goofy-looking villain. The dialogue is snappy and funny, with some definite silliness and lots of joking. For example, after defeating the villain, Leo’s triumphant line is “And that’s why it’s important to never brush your teeth!” That got a big laugh from the elementary-aged kids at my house.

As a school librarian, something that is at the top of my list lately when choosing new materials is how the language, situations, or images in a book might impact potential readers. As much as I giggled at the idea of a peanut allergy being the thing to bring down an alien monster, I did pause for a moment to wonder how it might feel to read that as a person with such a life-threatening allergy. This is perhaps something to consider when adding the book to a classroom or library collection.

“The Lunch Club” series is off to a funny and engaging start as Tia and Leo officially join the Philately Club which meets at lunch and excitedly discuss potential future adventures. It Came from the Basement will likely appeal to fans of “The InvestiGators”, “Knights of the Lunch Table”, or “Bird & Squirrel”

Allison Giggey is the teacher-librarian at an intermediate school in Prince Edward Island that definitely does NOT have a monster in the basement. She thinks.