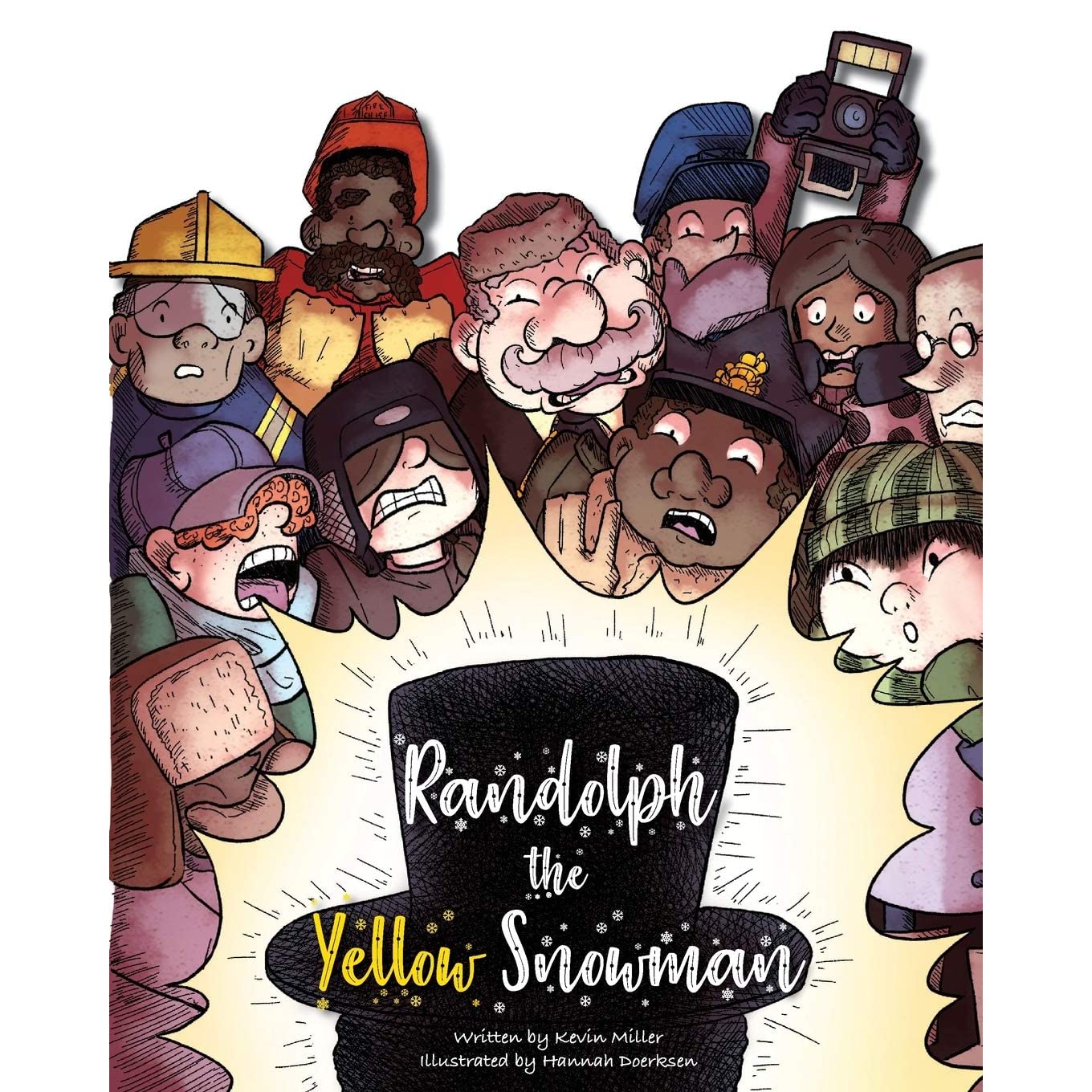 Prior to the snowman’s arrival, no one would have said there was anything exceptional about the town of Milligan Creek, Saskatchewan.

Unlike the frosty, glistening ground all around him, this snowman wasn’t white at all. Instead, he was a blazing, alarming, disturbing shade of yellow. What shade of yellow, you ask? Let’s just say that anyone who has ever taken a dog for a walk in the winter knows exactly what shade of yellow I mean.

Most Canadians are aware of the meaning behind the admonition, “Don't eat the yellow snow". Consequently, when a yellow snowman appears in the small town of Milligan Creek, Saskatchewan, the immediate and logical assumption is that it has been constructed from urine-soaked snow. The town’s older adults assume it was mischievously created by kids, and everyone debates the best method to rid the town of it. While the adults are arguing, a young boy, Terry, slips under the police tape that surrounds the yellow snowman and breaks off an icy chunk, bringing it to his lips. Before Terry can take a bite, several adults tell him to stop, each offering a reason why Terry shouldn’t eat the yellow snow, with none of their reasons being the real reason. Undeterred, Terry puts some of the yellow snow in his mouth and discovers that the snowman was constructed of – lemonade. Only then do the adults get up close enough to the snowman to find a label reading, “Hi, my name is Randolph. MERRY CHRISTMAS. Courtesy of the Sunny Day Lemonade Company”. Once the snowman’s true construction is revealed, it is quickly devoured by all those present.

Milligan Creek is a setting that Miller has previously used in a series of fun novels for middle school readers, books like The Water War (www.cmreviews.ca/node/754) and The Great Grain Elevator Incident (www.cmreviews.ca/node/1484). The satirical aspects of this story picture book, which relate to riffing on stereotypes of small town people and institutions, can be enjoyed by the older end of the book’s audience while younger readers can just delight in a story that plays with the gross idea of someone actually eating yellow snow.

The story’s only misstep is Terry. As I noted in the opening line of the review, the meaning of yellow snow is essentially known to all, and so Miller faced the challenge of identifying someone in that rural community who would not have been previously exposed to yellow snow and its origins. Miller’s choice of a recent immigrant with limited English fluency certainly works in terms of the plot’s needs, but, despite the book’s “happy” ending, it still leaves Terry, an immigrant, diminished.

Hannah Doerksen’s large, exuberant illustrations, rendered digitally on Clip Studio Paint, are a perfect accompaniment to Miller’s text. Full of action, they also effectively reveal the array of emotions experienced by the townsfolk of Milligan Creek as they confront the unusual phenomenon of a yellow snowman. Particularly delightful is Doerksen’s penultimate illustration in which a little dog is seen lifting its leg.

Like Frosty the snowman, Randolph was adorned “[w]ith a corncob pipe and a button nose,
and two eyes made out of coal”, but the book’s title echoes another famous winter song, one popularized by cowboy singer Gene Autry. And so, the book closes with four verses of “Randolph the Yellow Snowman” and the instructions: “To be sung to the tune of ‘Rudolph the Red-nosed Reindeer’”. Move over Frosty – Randolph is (temporarily) in town!