Agnes Ayre’s ABCs of Amazing Women: Newfoundland & Labrador Women of Note (Some of Whom Won Us the Vote) 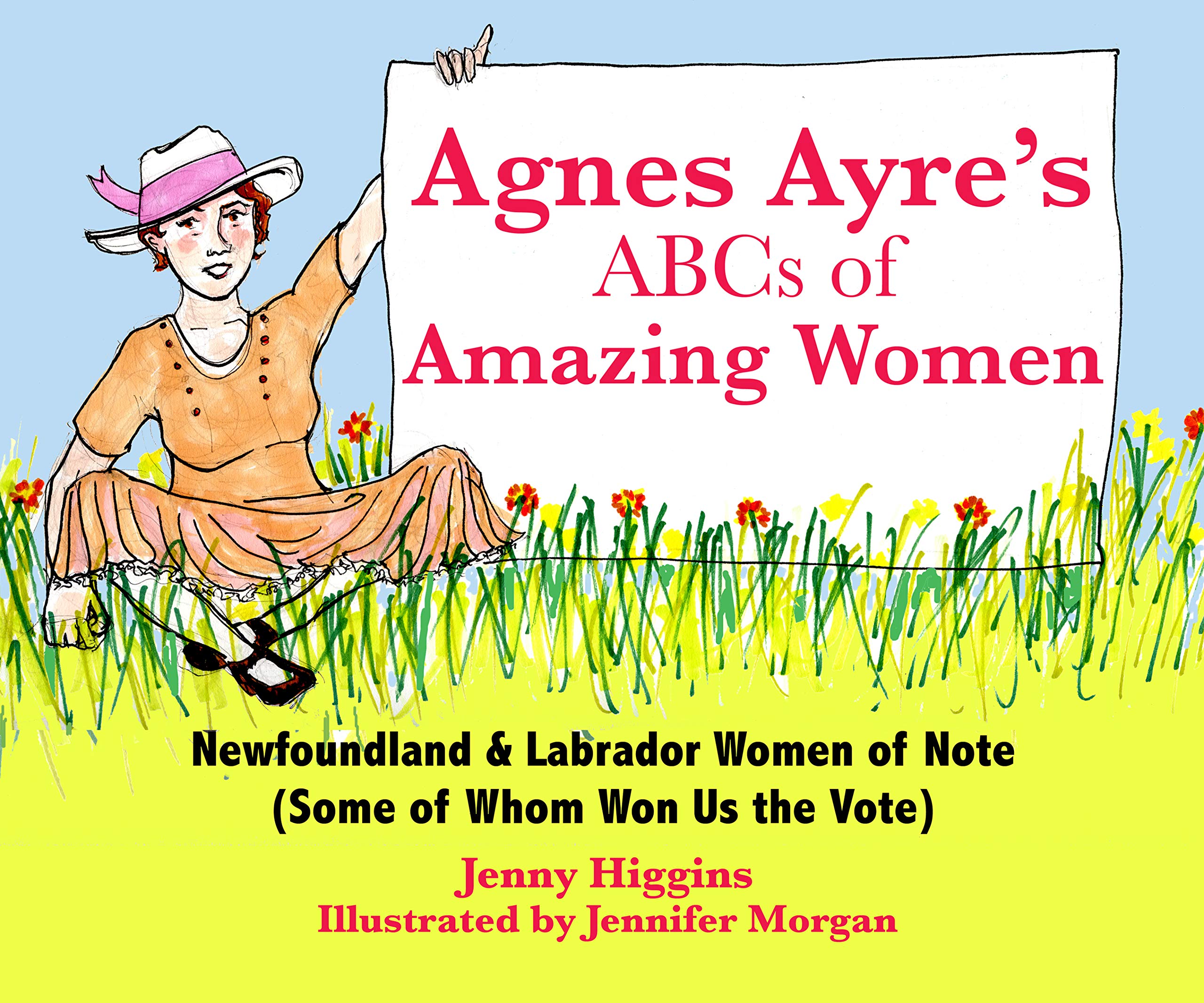 Agnes Ayre’s ABCs of Amazing Women: Newfoundland & Labrador Women of Note (Some of Whom Won Us the Vote)

I accomplished a lot, but there was something I couldn’t do: I couldn’t always vote in elections. That’s because I lived before women had the right to vote. I thought it was wrong that I couldn’t elect the politicians who created the laws that affected my life. Then I had an idea: maybe I could change the rules! Fortunately, I wasn’t alone. A group of other people also wanted women to vote. They were called suffragists. I joined their group and because a suffragist too. We worked together to achieve our grant goal.

Keep reading to find out what happened!

Narrated by Agnes Ayre, an early Newfoundland suffragist, Agnes Ayre’s ABCs of Amazing Women: Newfoundland & Labrador Women of Note (Some of Whom Won Us the Vote) introduces readers to women who were critical in getting women the right to vote in Newfoundland and Labrador. Accompanied by a mix of drawing and archival material, Ayre introduces herself and walks readers though an alphabet of incredible women with a shared vision of equality, showing the connections between their work and each other. The way their stories are told makes the women seem just like anyone else – the only difference being they took action to change what they thought was unfair in law and society and, through their actions, achieved the same legal status for women as men had had for years. Their inspirational stories show that the actions of one person can make a significant impact on the lives of others well into the future.

Whether business owners, teachers, opera singers, nurses, authors, publishers, lawyers, or ‘venturesome visitors’ to Newfoundland, every woman profiled in this activist-filled alphabet was deeply committed to gender equality. Getting the vote was critical if women were ever going to be equal to men, and the creativity and determination, individually and collectively, is inspiring to this day. The archival material and interesting facts highlighted in boxes in each profile make the women ‘real’ and are sure to inspire readers to learn more about their favourite suffragists and equality seekers. It would be difficult not to be charmed and inspired by each of the women included, especially Mary Travers who sued Newfoundland’s first government when she wasn’t paid for the government’s use of her tavern while their offices were being built. The drawing of Travers fast asleep holding the government’s mace, which she was able to claim as part of her payment, is an excellent touch!

The profiles in Agnes Ayre’s ABCs of Amazing Women will be easy to adapt for classroom exercises, having students retell the women’s stories to other students, and adding new stories by having students find someone who remembers ‘the olden days’. Students will enjoy hearing ‘when I was your age’ stories as much as the storytellers enjoy sharing them, and a modern-day Ayre may be discovered!

Crystal Sutherland, librarian at the Nova Scotia Advisory Council on the Status of Women, lives in Halifax, Nova Scotia. She has worked in the area of women’s equality for close to ten years.