It Began With a Page: How Gyo Fujikawa Drew the Way 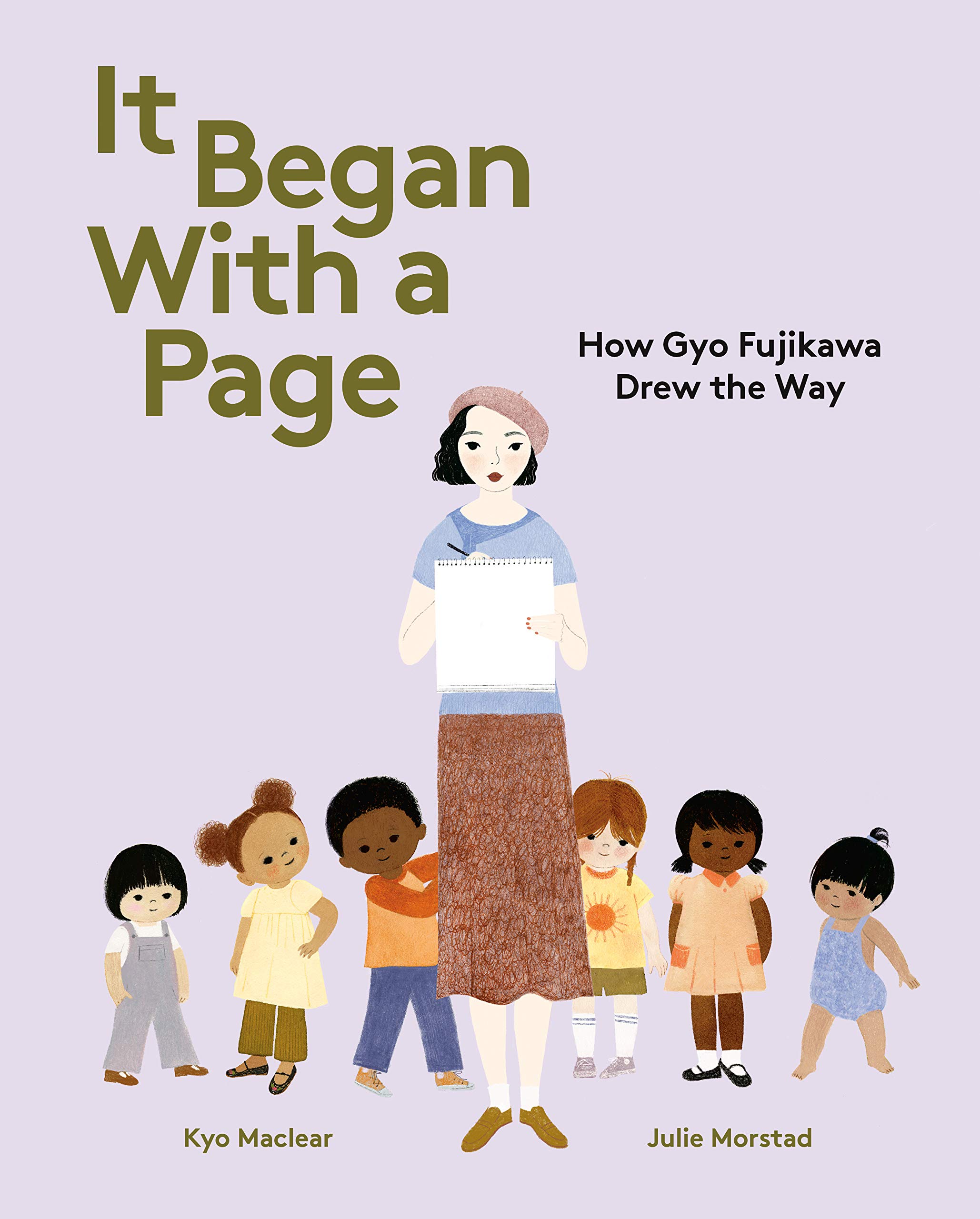 It Began With a Page: How Gyo Fujikawa Drew the Way

What she did know was that she liked to draw. She loved the feel of the pencil in her hand. The dance and glide of a line. How a new color could change everything: a bright splash of yellow, a sleepy stroke of blue.

This beautifully written and illustrated book chronicles the life of Japanese-American artist Gyo Fujikawa who was born in California in 1908. At school, Gyo felt invisible, but two of her teachers recognized her artistic talent, and one of them was instrumental in obtaining a scholarship for Gyo to attend art school in Los Angeles. Later, Gyo studied traditional brush painting in Japan but felt restricted by all of the rules, and so she travelled the countryside, learning about wood blocks, carving tools and inks. Back in the U.S., she worked at painting murals and magazine illustration and then was offered a job in New York, designing books at Walt Disney’s studios. When her family was sent to a prison camp during World War II, Gyo seemed to have lost interest and inspiration for her drawings, but, over time, drawing turned out to be her saving grace in a cruel world of prejudice. After her parents were released from the camp, Gyo worked on stamp design, window displays and children’s book illustration in order to help her parents get back on their feet. One of Gyo’s most famous books was Babies. In it, she included drawings of babies of many different races and freed from traditional gender roles. Despite her publisher’s initial negative reaction to her illustrations, he eventually capitulated, and the book became a best seller.

Maclear writes with clarity and simplicity, setting a soft, tranquil mood, but despite the story’s quiet tone, Gyo’s passion for social justice and her fierce determination to break both the gender and color barriers in children’s book illustration are most evident. A timeline of Gyo’s life and a note from the author and illustrator provide additional information along with black and white photographs of Gyo taken at various stages of her life. (If permission had been sought and granted from Gyo’s publisher, it would have been beneficial to include a photo of one of Gyo’s original illustrations.)

The illustrations accompanying the main body of the text alternate between black and white line drawings and muted color drawings which not only suit the text but also offer a glimpse into the story’s historical setting and pay homage to Gyo’s Japanese culture.

Well worthy of purchase, It Began with a Page: How Gyo Fujikawa Drew the Way is a lovingly told story of a trailblazer who fought for inclusivity in children’s books and built a successful career which spanned more than four decades.