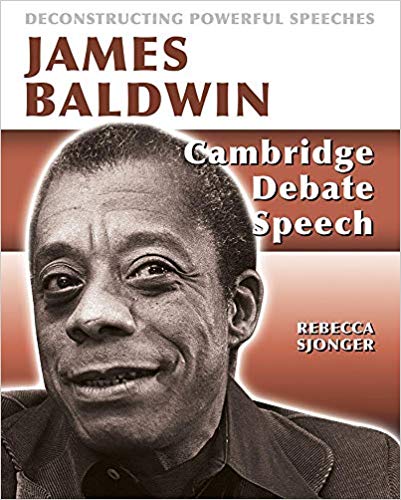 James Baldwin’s big family also shaped him. He was the oldest of nine children. His stepfather’s father had been enslaved. The Baldwin siblings heard stories about his mistreatment. However, James did not hate white people. One reason was his relationship with a white teacher named Orilla “Bill” Miller. She encouraged him by giving him books and taking him to see movies and plays. This experience influenced his perspective.

Over 50 years after James Baldwin and William F. Buckley Jr. debated the motion: “The American dream is at the expense of the American negro”, the concept of equality for all still seems to be a divisive issue.

That night’s event came at a time of conflict in the United States. The country was struggling with racism. In 1964, the Civil Rights Act had become law. The act made it illegal to discriminate against people. They could not be treated unfairly based on things such as skin color. The new law was a good start, but true equality for all still did not exist.

All four books in the “Deconstructing Powerful Speeches” series are written by the same author, Rebecca Sjonger, and follow the same format. James Baldwin: Cambridge Debate Speech includes a Table of Contents, bibliography with references listed for each chapter, additional resources listed in “Learning More”, and an Index. Although the book is about a famous figure in American history, the focus of the book is on how a powerful and persuasive speech is written and delivered. The chapter titles reflect this focus: “Persuasive Primary Sources”; “Words and Meaning”; “Analyzing Perspectives”; and “Influences Then and Now”.

The text is well-written and well-supported by historic black and white photos, drawings, historic posters, and modern day colour photos. Excerpts from the Cambridge Debate Speech are printed with sidebars that analyze sections of the speech, adding historical data to explain the significance of the highlighted words. The book ends with a section titled “Modern Perspective” which quotes and analyzes part of a speech delivered by Mitch Landrieu, Mayor of New Orleans when some statues of civil war leaders were removed in 2017.

These monuments purposefully celebrate a fictional, sanitized Confederacy; ignoring the death, ignoring the enslavement, and the terror that it actually stood for…This is…about showing the whole world that we as a city and as a people are able to…choose a better future for ourselves making straight what has been crooked and making right what was wrong…Centuries-old wounds are still raw because they never healed right in the first place. Here is the essential truth: we are better together than we are apart…We have to reaffirm our commitment to a future where each citizen is guaranteed the uniquely American gifts of life, liberty and the pursuit of happiness…

Sidebars include explanations that “what was wrong” refers to “Such as the American dream being achieved at the expense of African Americans”, and “life, liberty and the pursuit of happiness” refers to “Rights that the United States Declaration of Independence states are for all people”.

Today’s students are constantly exposed to persuasive arguments used to convince them to buy a product, support a cause, or follow a leader. Unfortunately, many of these persuasive arguments will not be benign. Learning to deconstruct persuasive speeches is an important life skill, and “James Baldwin: Cambridge Debate Speech will be a useful resource for teachers and students. I am happy to highly recommend this book, but I wish that it had developed the modern-day significance of the speech more fully than the one paragraph at the very end of the book.

In 2009, someone posted a video clip of James Baldwin’s speech at Cambridge. The video went viral on a variety of social media platforms. A huge audience from a new generation was exposed to Baldwin’s argument. It is still relevant 40 years after the debate because American society and others around the world still struggle with racism and inequality.